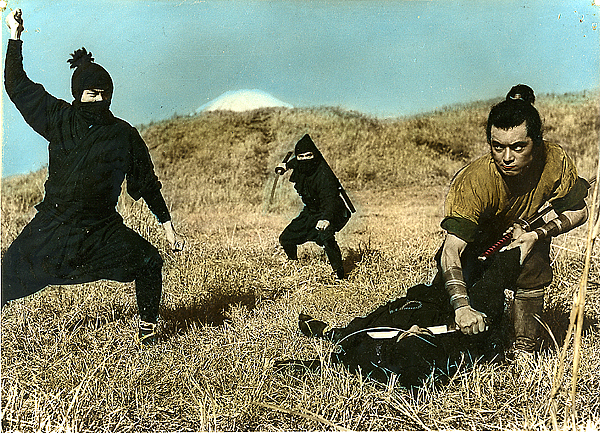 Okamoto Kihachi‘s (Sword of Doom, Kiru!) 1963 ninja classic Sengoku Yaro is a real blast – a  superb mix of comedy and combat, peppered with some rather outré fight scenes, a jazzy score by Masaru Sato that keeps you on your toes, and a super cute sword girl to boot. 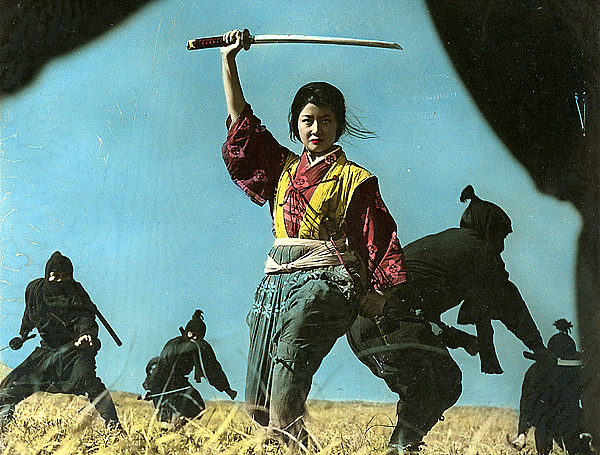 These aging Thai press kit photos were contemporary with the film’s 1963 release. It’s a superbly shot B&W film, the colors here are actually hand tinted for display in theater lobbies. That moray pattern is from the acid fixer breaking down after half a century. These are in rough shape – never deigned for posterity, and nowhere near as collectible as their poster counterparts, thus rarely archived as well. 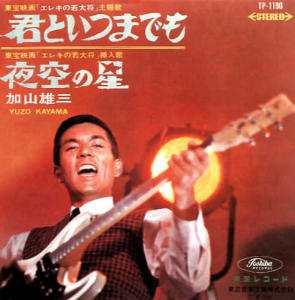 Who’s cooler than the film’s lead Yuzo Kayama? No-one, because not only was he in some kick-ass chambara and ninja flicks, he was also a great guitarist. That’s him below, on stage in Japan with the Ventures! 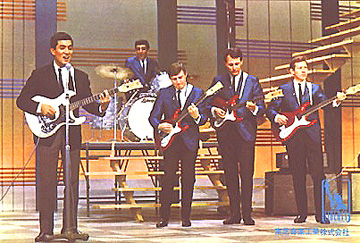 If you like films like Kiru! and 3 Outlaw Samurai, where the violence is tempered with sardonic humor, then Warring Clans is your ninja huckelberry. It’s got a great ‘who’s working who?’ dynamic familiar to the spaghetti westerns, and the fights are shot superbly. 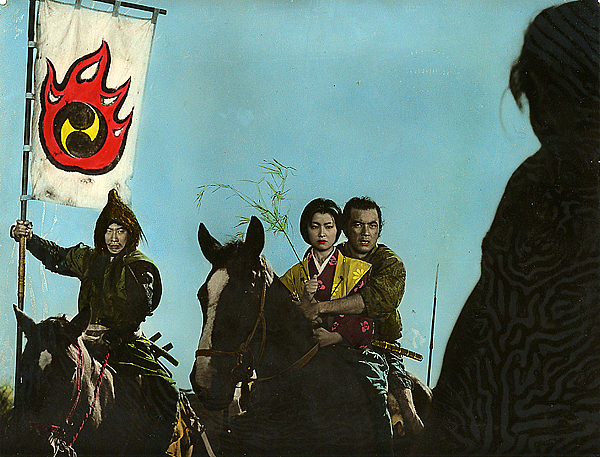 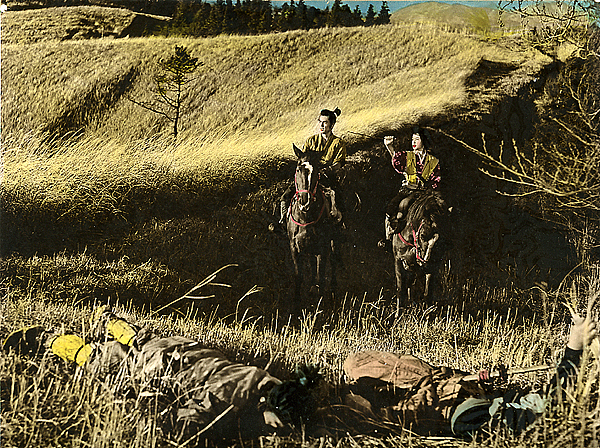 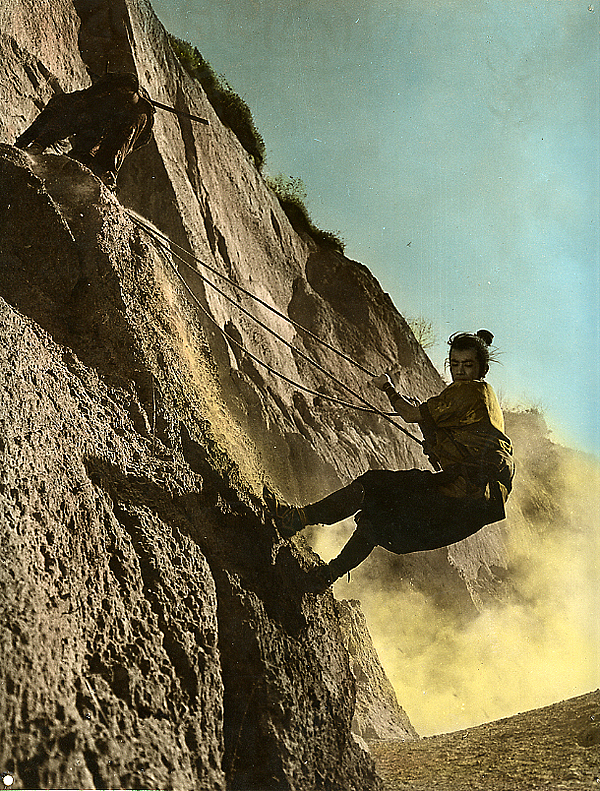 The battles in Clans are largely either on barren cliffsides or tall grassy plains infested with black-suited snakes ready to strike. The plot revolves around a caravan transporting rifles under siege from without and possibly within. At times, it’s a sort of buddy pic, with three bickering protagonists, all who claim to be the next leader of Japan, but who are actually bums… or are they?

I’m tortured the press materials I scored didn’t include a shot of the astounding Kumi Mizuno, who has a small role. I mention her solely because I want an excuse to run this off-topic shot from my favorite mutation of the kaiju genre Matango: 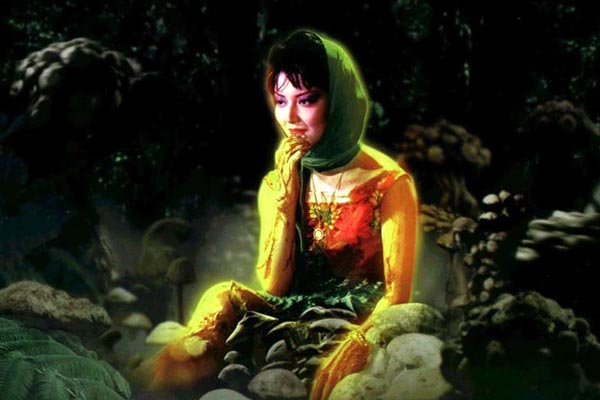 There isn’t an angle I can’t recommend this movie on: The cinematography is top notch, and the fight scene editing is an absolute clinic in how to make non-martial artists look good in duels. It’s got some great ninja beats, too, although pretty much anyone in a black suit comes to a foul end. The flow of grave subject matter and at times gory violence with comedic performances in both small and main roles is masterfully executed. And if nothing else,you just cannot take your eyes off Yuriko Hoshi. She almost steals the movie…