Been thinking about this.

Spaghetti Westerns – films made by Italian directors, shot in Spain, released by studios in Rome and imported into the US. In the 60s they turned the tried and true American Western on its ass. Gone were the clean shaven John Waynes and Randolph Scotts, replaced by gritty and sardonic anti-heroes like Clint Eastwood and Lee Van Cleef. Absent were grandiose tales of heroes shaping the American frontier, ousted by amoral bloodbaths in which villains killed each other over scraps of gold in grimy Mexican border towns.

New audiences devoured films like A Fistful of Dollars and The Good, the Bad and the Ugly, but old-school American Oater-fans were aghast at this foreign corruption of their cinema traditions. Reviewers at the time often spewed hatred on Italian imports, dismissing even the works of Leone and Sollima as low grade exploitation. Regardless, a huge craze saw hundreds of EuroWesterns cranked out in the mid-60’s to the early 70s, changing the landscape of the genre as a whole.

Here then is my question: Did ninja movie fans in Japan raised on the likes of Shinobi-no-Mono have the same contempt for 80’s American ninja movies? Were the Cannon films with Kosugi and Dudikoff like Spaghetti Westerns to the Japanese who previously enjoyed genre exclusivity? 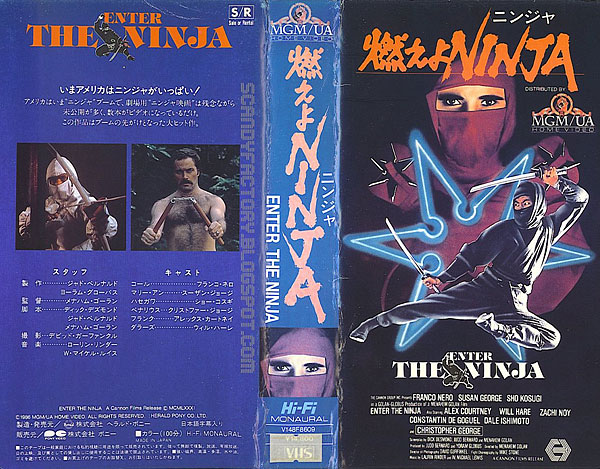 There are a lot of similarities here:

1.) Both mutated genres wrote out fundamentals of the source traditions due to being filmed in a foreign land. Native Americans were rare in Italian Westerns, replaced by Spanish actors playing Mexicans. Nary a proper cattle drive in sight, either, as cowboys were replaced with bounty hunters to accomodate smaller casts and budgets.

American ninja films were based on sole shinobi superheroes operating in modern times and in American cities. Canon wasn’t about to fund a period film set in 1600s Japan. No castles to invade, no daimyo, no armored samurai to outwit, no tales of downtrodden villagers lost in an oppressive class system.

3.) Both invented distinct signature gimmicks not seen in the source tranditions. Spagettis had these long, drawn out stare-downs before gun fights, with extreme close-ups of grungy-faced brutes that would never be cast in Hollywood. American ninja movies introduced the “one-weapon-one-kill” logic to the genre to exploit our fetish for the exotic tools of the supposed assassin trade.

4.) Both sub-genres ended up being influential back upon their traditional sources. Eastwood brought back Leone’s sensibilities and the American Western was never the same. Back in Japan, even period-set ninja TV and movies showed shameless 80s-ness. You see the American influence on Kage no Gundan and the big budget Kadokawa effects epics of the 80s, and the digital ‘ninja-in-the-woods’ films being made in Japan now owe as much to the 80s as they do the 60s. 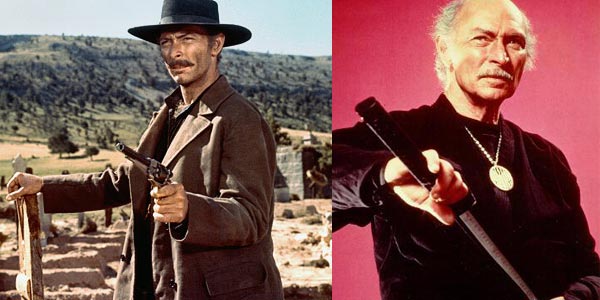 So were the Kosugi flicks received like a prodigal son of the Japan Action Club going abroad and making good? Were they a curiosity at best? Or were they downright laughed at for how clueless they were as to ‘real ninja’ action?

I’d love to hear from some older Japanese readers… 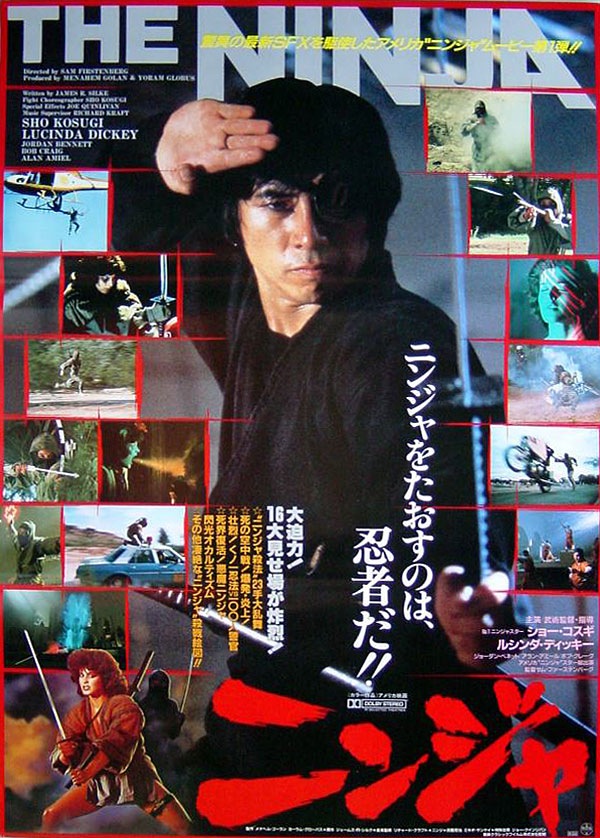