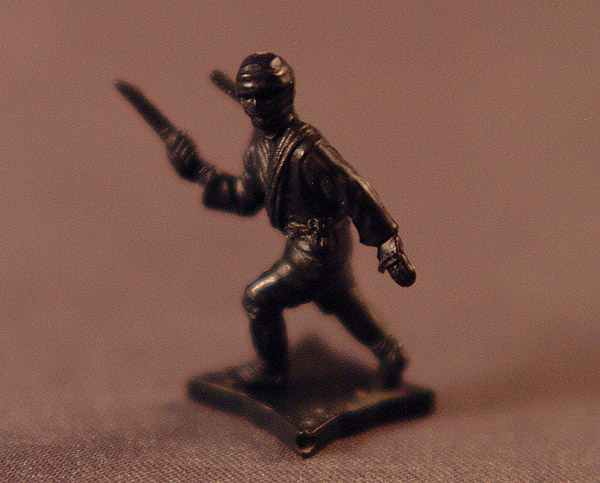 Milton Bradley’s early 80s board game Axis and Allies was a big hit for them, so sequels followed, including the feudal-Japan-set Shogun in 1986. Shogun (later renamed Samurai Swords in ’95 and Ikusa just this year) was like playing Risk against rival daimyo… with dice.

The multi-colored armies of samurai spearmen and archers were cool enough, but the lone ninja you could by to spy on your opponents’ money allocations was the coolest. Standing around 2cm, this is likely the smallest plastic ninja figure ever. 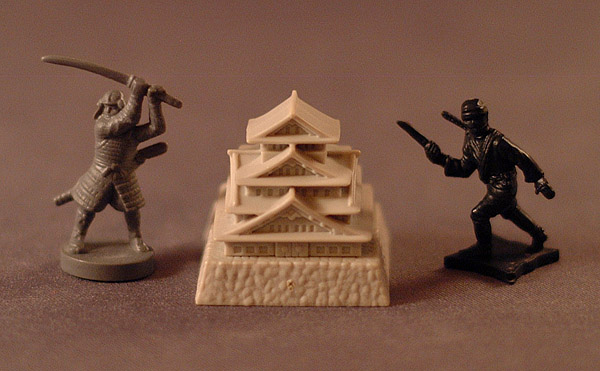