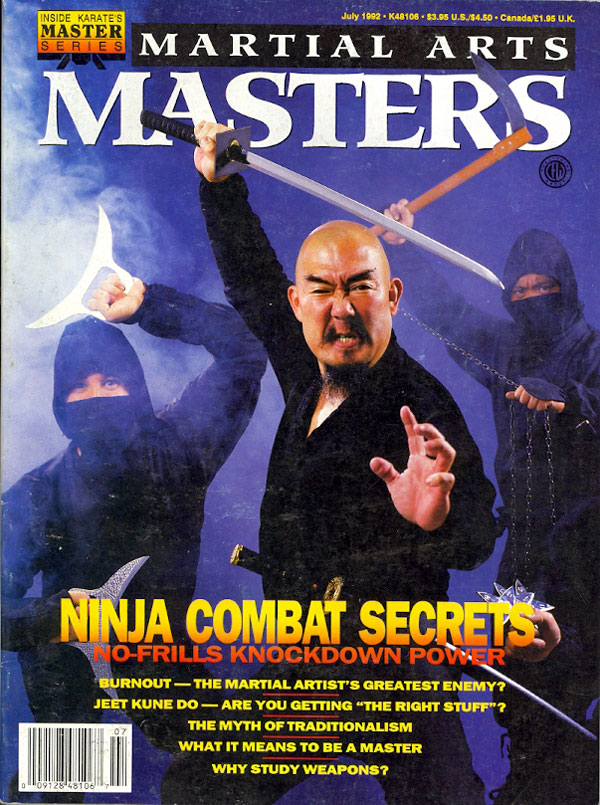 He’s been an icon of martial arts magazine covers for decades, is one of the most recognizable Asian character actors of our age and he pioneered his own signature version of the Chinese hook sword! 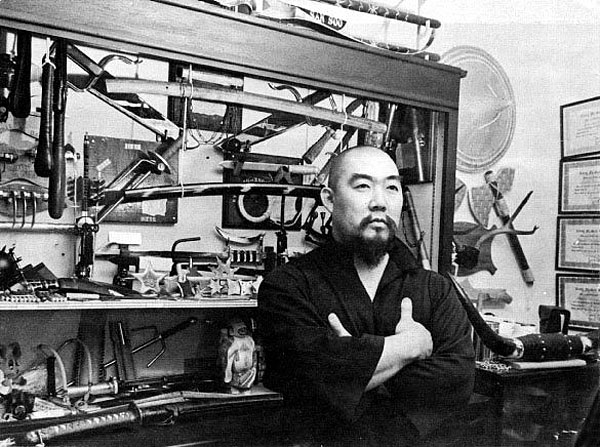 He’s Gerald Okamura of course – martial artist, actor, stunt man, weaponsmith and having met him briefly earlier this year, I can personally attest to him being a hell of a nice guy. 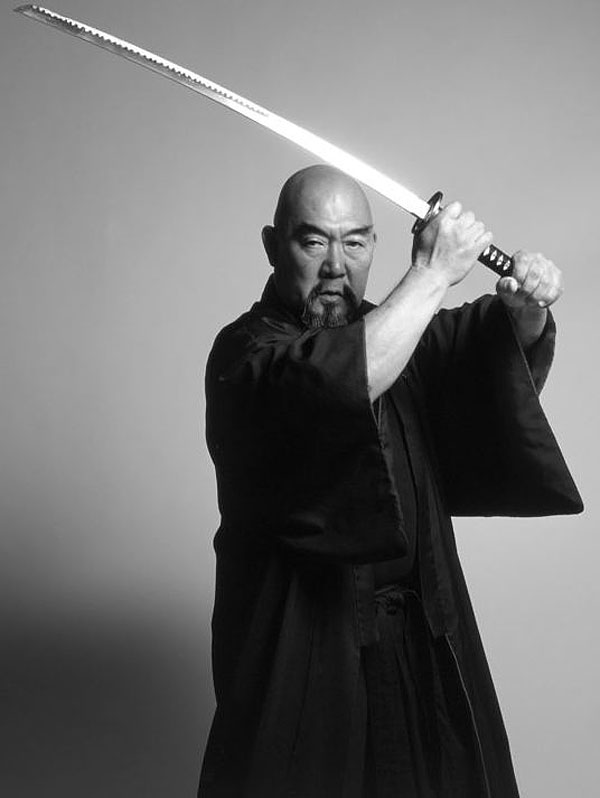 Being an Asian actor in Hollywood requires adaptability, and Okamura was as at-home in a 70s kung-fu craze role as he was in a ninja or yakuza film. He was in BOTH Big Trouble in Little China and Showdown in Little Tokyo! Think about it.

I love that he played a brutal instructor in both The Octagon at the birth of the ninja boom and again decades later during the modern renaissance in G.I. Joe: The Rise of Cobra.

But for all that movie work, and there’s a lot of it, I first got to know the intimidating mug of Gerald Okamura on the covers of Inside Kung-Fu magazine. These are my personal faves: 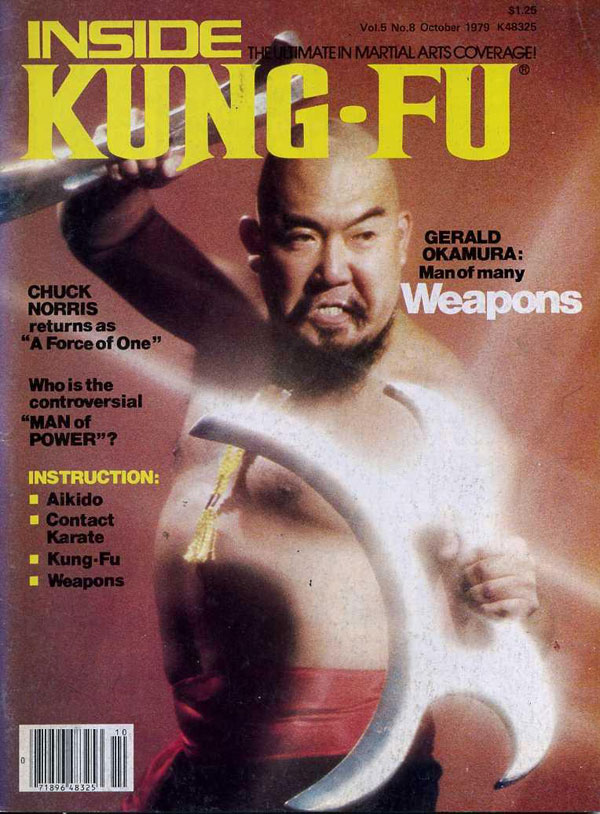 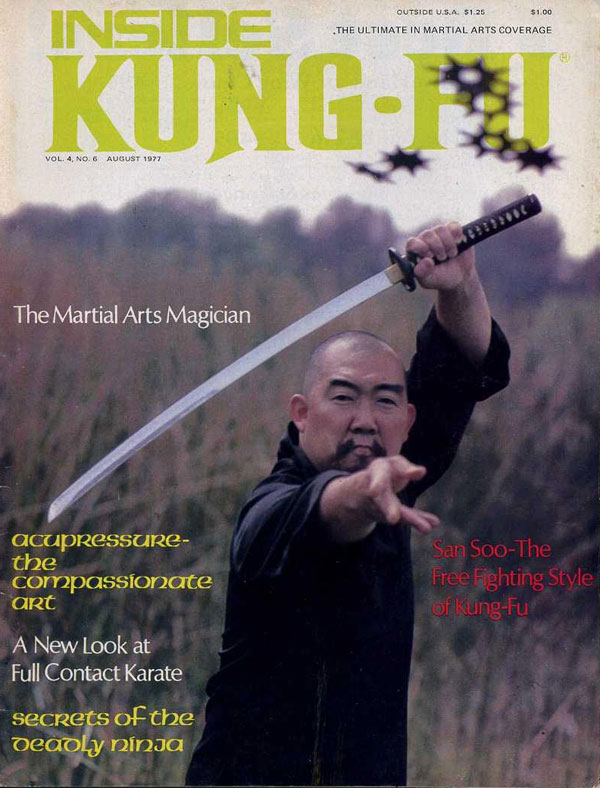 Too bad the photographer had to die to get this shot, but it was worth it! 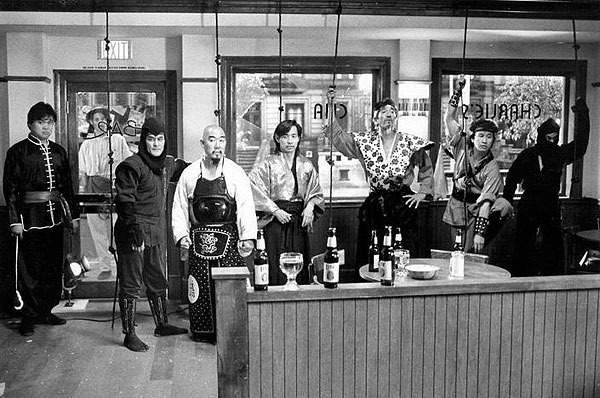 Seriously! Tadashi Yamashita actually IN his costume from American Ninja!?!? 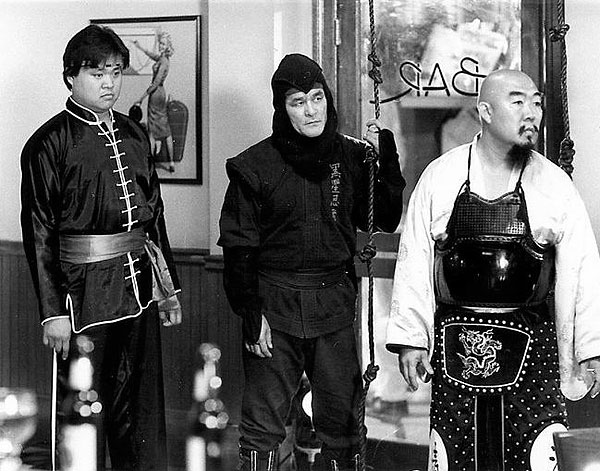 Have a Happy Birthday Mr. Gerald Okamura, and here’s hoping to see you in a slew of films and magazines to come!