So yeah, man did the month of December sneak up on me in the dark with a piano wire…

This was planned as three individual posts, but today is the first day I’ve been able to breathe in three weeks, so here it all is in one big session: 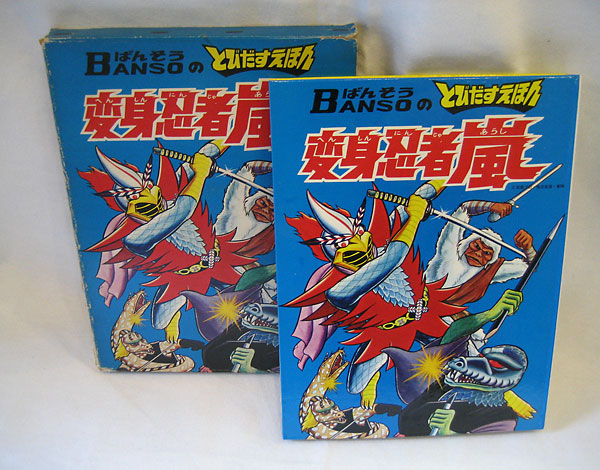 Understood it’s a rare item, especially in this good a shape, but I just couldn’t swim in the ludicrous waters of pricing the Japanese seller wanted for this, and shipping from Japan is always a total bone. However one of you more affluent readers could put a little eBay search time in and make me a happy, happy camper this Christmas. 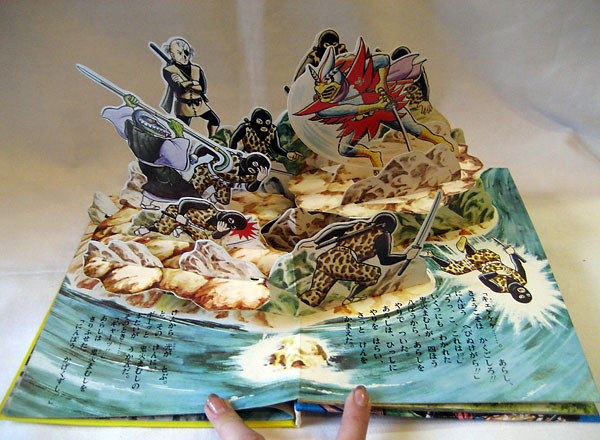 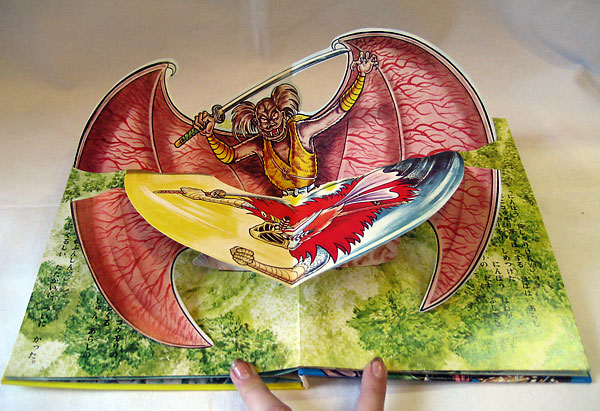 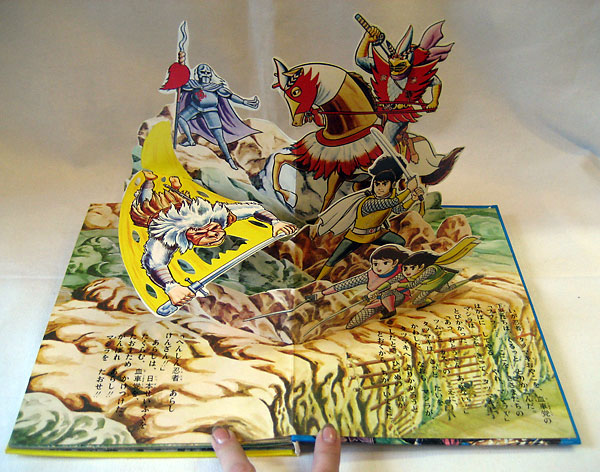 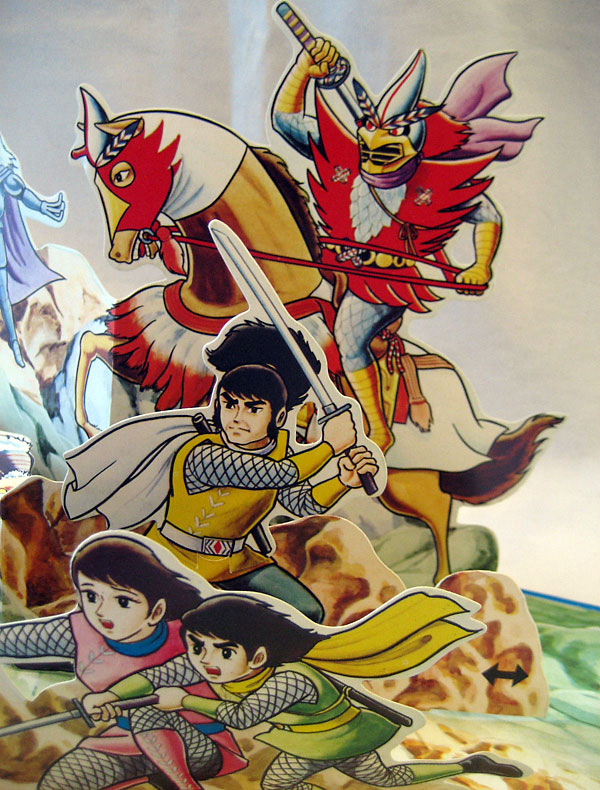 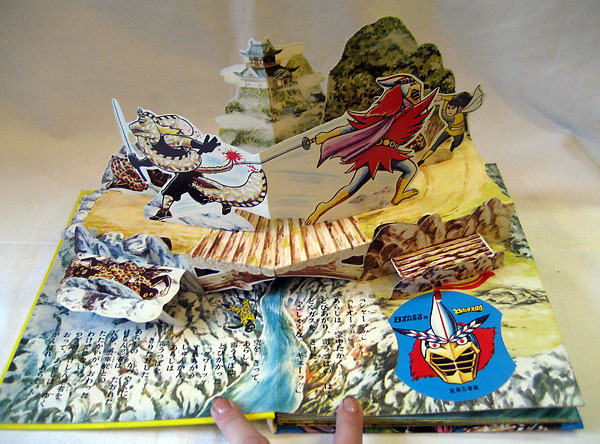 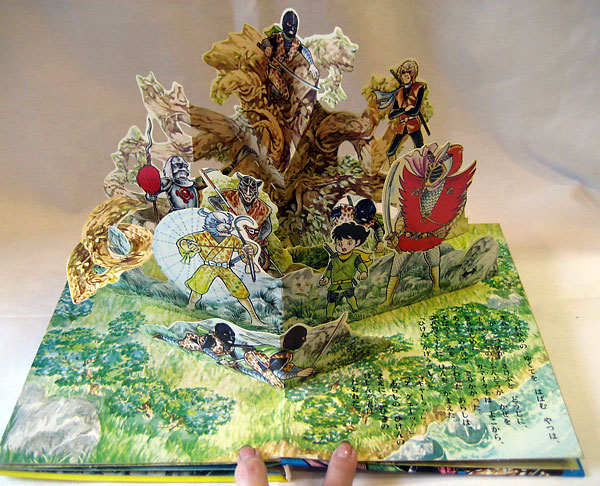 But let’s face it… none of us are rich, are we? Didn’t think so…

So for the more frugal shopper there’s this Cannon Films Ninja III: The Domination press kit, with some awesomely 80’s art on the cover. These are somewhat common in Hollywood memorabilia shops, or at least they were — that whole thing where you see something all over the place until you need to buy one in December, and whatnot… 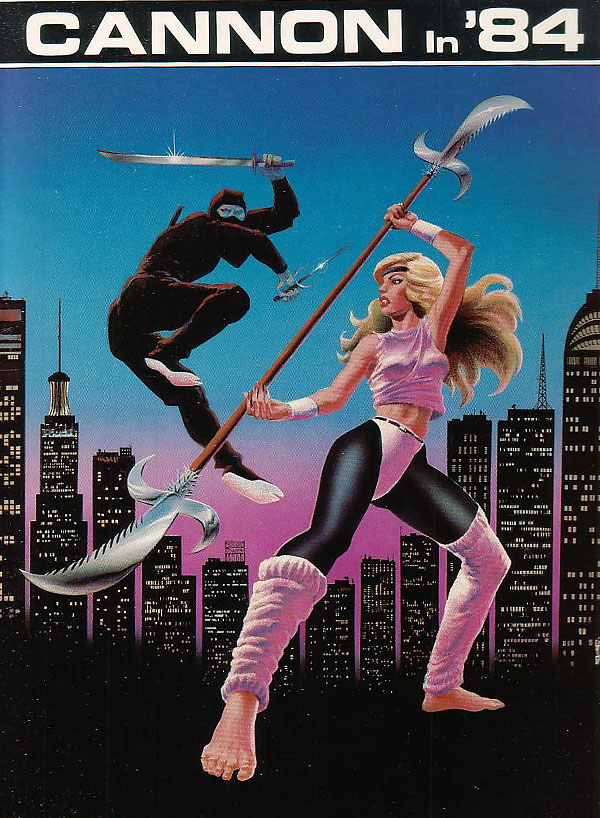 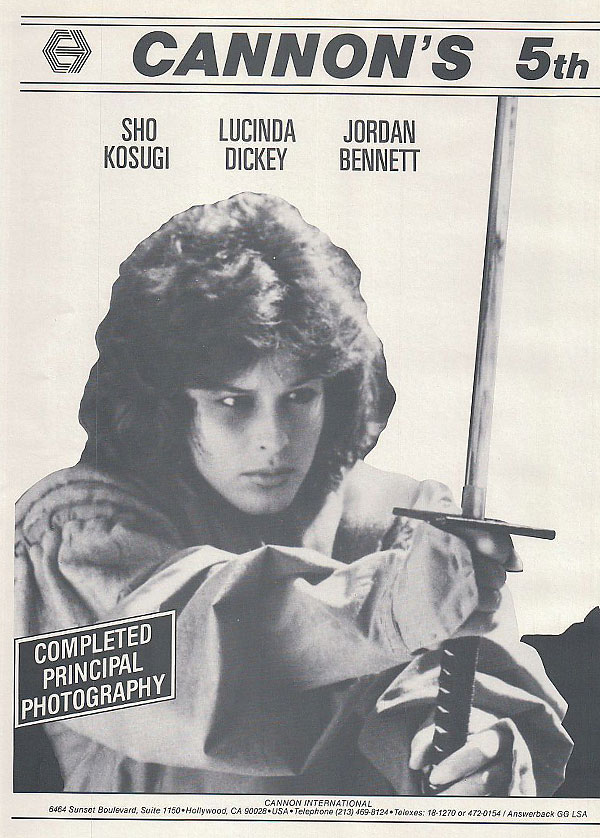 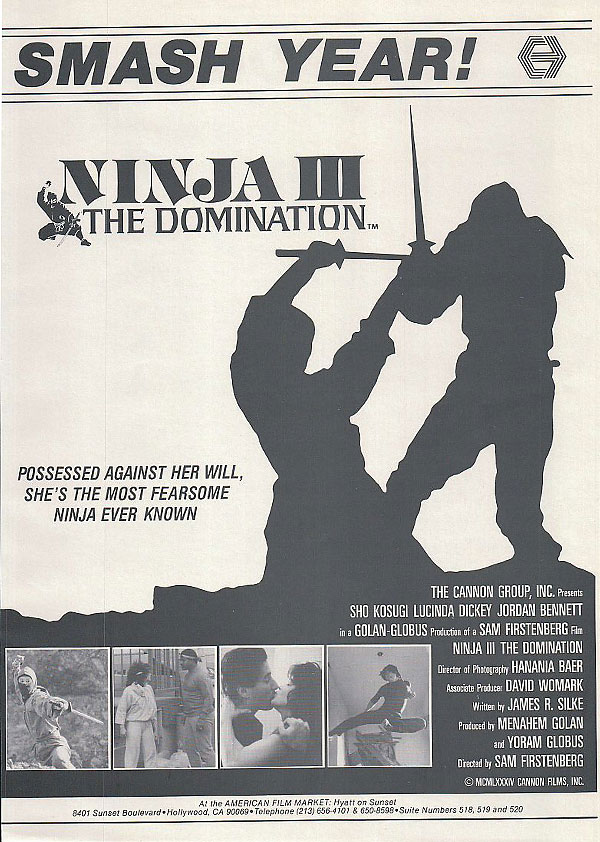 I’m going to hold out hope for a truly wealthy and generous Japanese reader though. This plastic promotional advertising bank from the 60’s ninja boom over there NEEDS to be on my mantle! 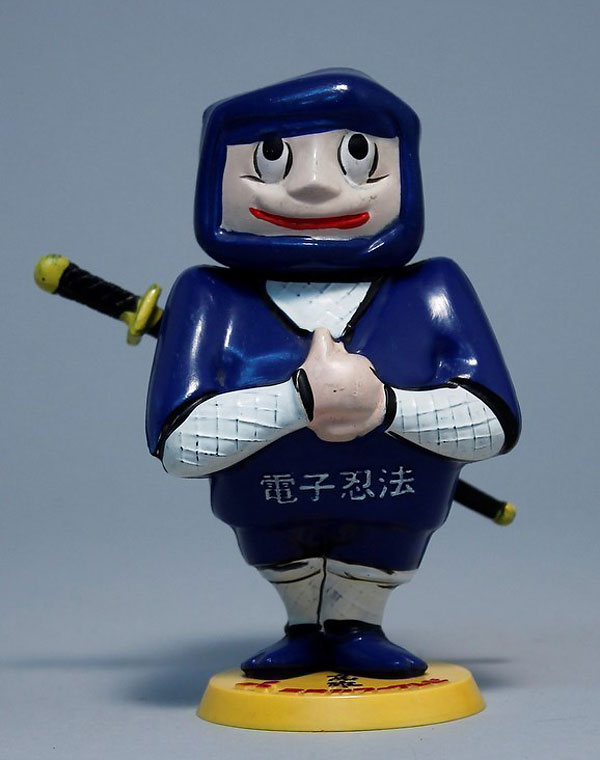 Described in a Yahoo! Japan auction as “Mitsubishi Color TV Takao ‘DENSHI NINJA’ figure (MANDARAKE HENYA)” — this is a 5″ promotional item from 1968 that would have been in retail stores on top of TV displays. Maybe you got one for the kid if you bought a new TV? 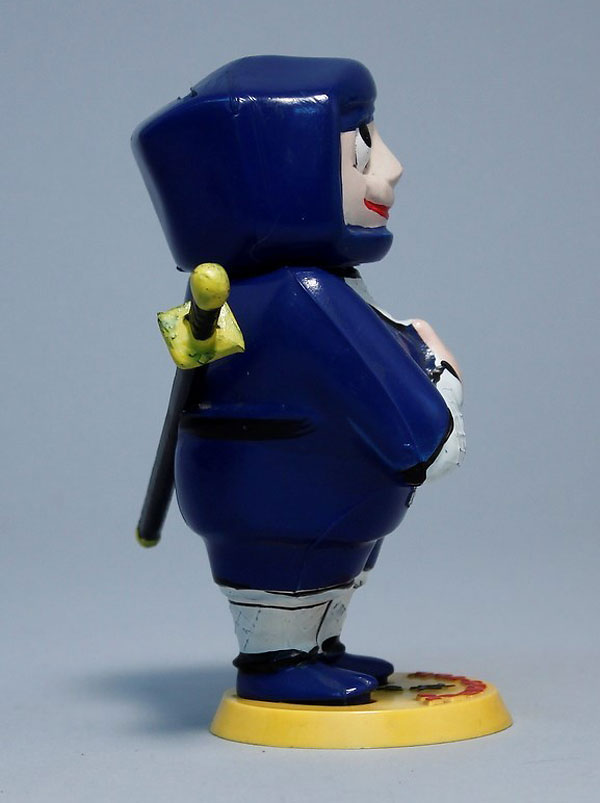 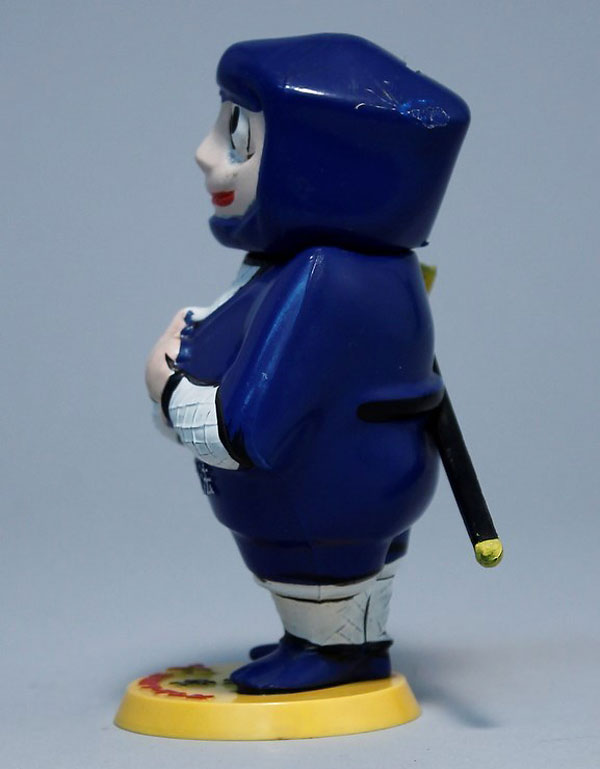 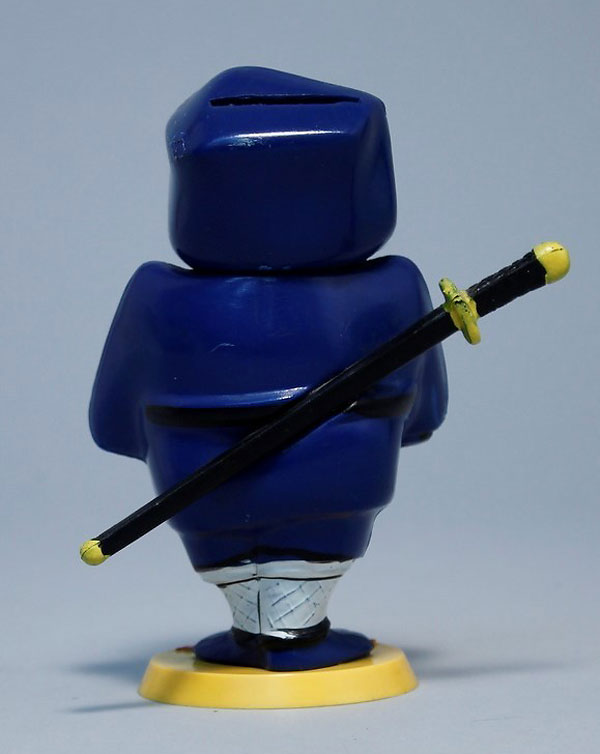 A non-retail toy like this is ludicrously rare, even in Japan. After being listed in the Yahoo! Japan site it made it’s way to our eBay for a week or so for big bucks, then disappeared before the auction ended. Maybe Santa-San scooped it up for me??? 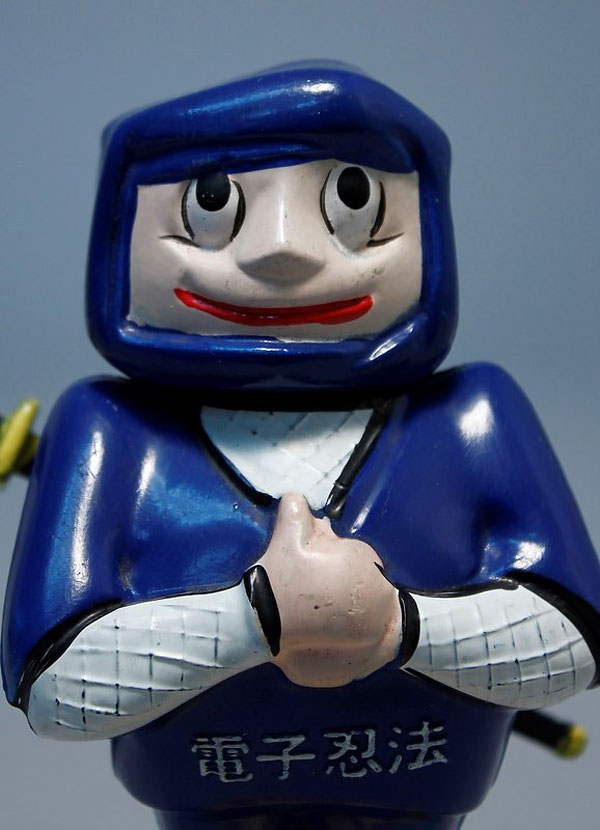 On a more domestic front, here’s a great item from our own 80’s boom — a Sho Kosugi knock-off t-shirt! 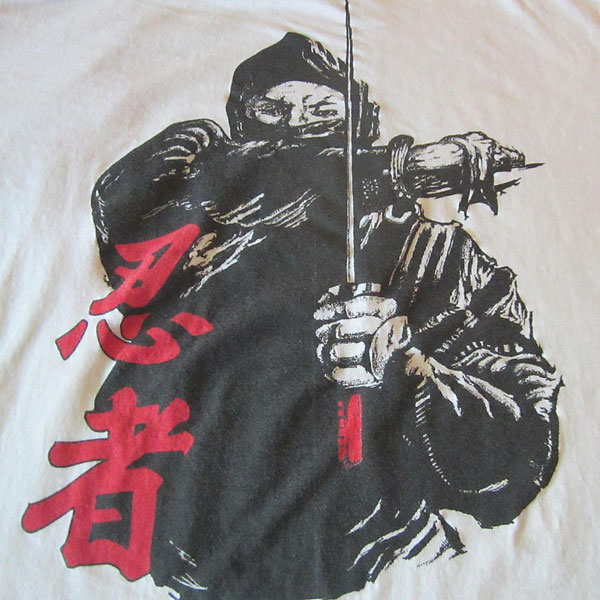 The sketchy art here is swiped from the ‘iron claws’ poster a lot of us had on our walls back in the day. Unfortunately, vintage t-shirts have a competing market of hipster douchebags looking for ironic wardrobes, so the prices on such fare are just too much. If you spot such a piece on eBay, or in a trust-funded boutique in Williamsburg or Silverlake, and it’s less than $50 I know a stocking that needs stuffing over here. Oh, and size 7xxxxl-mega-gargantua, please. 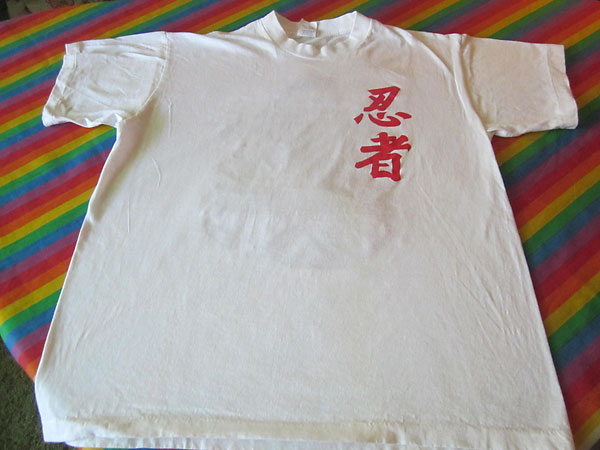 Well, if these suggestions haven’t inspired you to empty your wallets and throw some ninja crap my way… honestly, don’t sweat it. I’ve probably got enough (read: TOO MUCH!) shinobi swag over here as it is.

I’ll leave you with a final image, a nice Christmas memory of where it all started for me — my haul of Asian World of Martial Arts ninja goods circa 1984. That was a good year, and I still have some of that stuff! 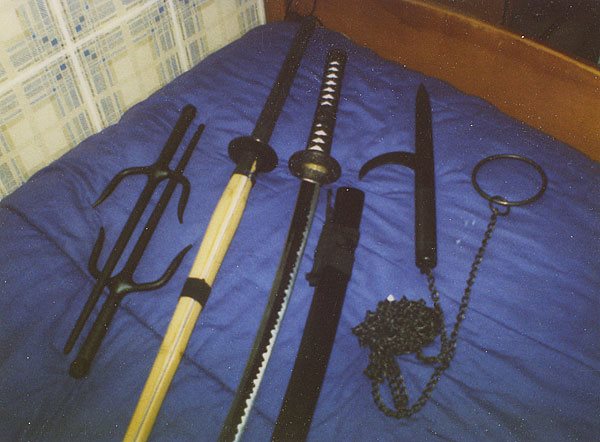 Have a safe and happy holiday everyone!!!