Listen up Universal execs! I know exactly what’s gone wrong with your version of 47 Ronin. It’s not a lousy script, minority backlash, a star past his drawing prime, source material un-relatable to the mainstream, or even competition from the Hobbitses like all the critics have been telling you.

Let me ‘splain here, beginning with this startling un-ronin-y photo from a testosterone-amped 90s exploitation western: 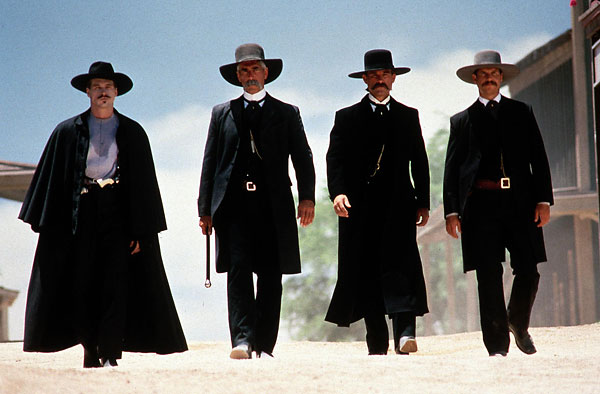 What would alarm, or outright offend, more — a movie about the gunfight at the OK Corral wherein they got the costumes, environs, props, speech patterns, hairstyles, etc. 100% legit but then fudged the historical truth to sculpt more of a story they wanted, OR a sci-fi version of the same wherein the OK Corral is on the moon, laser fire is exchanged, Wyatt Earp flies around on a jetpack, the Clanton gang are lizard men AND they too fudged the historical facts to sculpt the story they wanted? 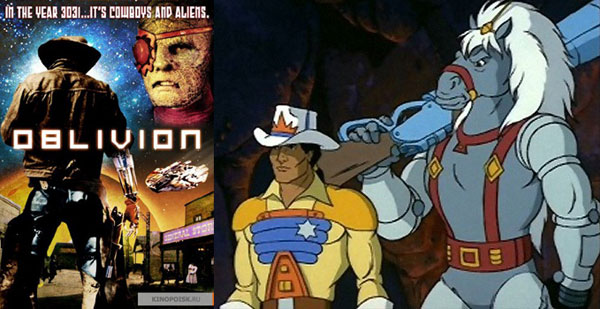 Were critical historians paying more scrutiny to the details of a supposedly more credible film like Spielberg’s Lincoln than they were in the accuracy of the stovepipe hat worn in Abraham Lincoln: Vampire Hunter and other famous portrayals?

Levels of responsibility, and expectations of such respect for ‘truth,’ are proportional to the heir of legitimacy presented by the filmmaker. This is what allows musicals like Chicago and Robin and the Seven Hoods to be enjoyed in their own context parallel to more serious fare of the same theme like Boardwalk Empire and Mob City.

But no film, from any era, country or status of director presents history as 100% straight. It’d make for a tearfully boring film, and the purpose of said media is to entertain. Historians will tell you that even with the best of intentions, My Darling Clementine, Hour of the Gun, Tombstone and Costner’s Wyatt Earp are Hollywood, not history. 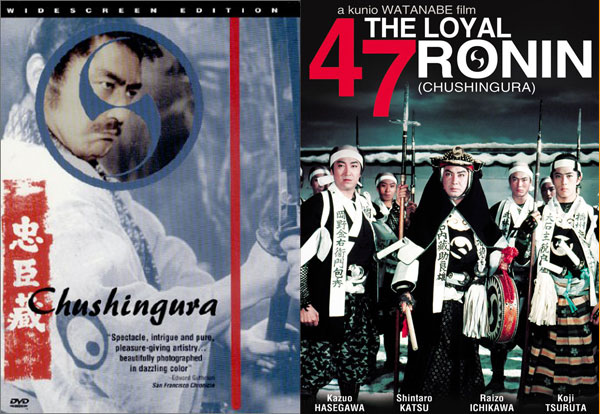 Chushingura has been adapted even more than the OK Corral incident and the lives of its legendary participants, and with the same swinging pendulum of historical accuracies vs. dramatic liberties.

But while an American version of this complex political and cultural tale that ends with the mass suicide of its heroes was ill-advised from the start, (as was mixing a Westerner into the otherwise Japanese cast under the ‘half-breed’ cop-out) the idea of selling a Lord of the Rings-style fantasy epic with feudal Japanese trappings to worldwide audiences was not only noble but financially sound. When it was released, I adored Kadowkawa’s magic and creature-infused post Star Wars version of Satomi Hakkenden known to us as Legend of the Eight Samurai, and it had crazy legs on VHS in multiple languages and markets. So why not unleash something similar now, in a market primed by everything from Crouching Tiger to Game of Thrones?

I won’t climb a soapbox on the soiling of sacred Japanese tales here, nor spout on the yet-another-white-guy-shows-the-native-culture-how-their-warrior-tradition-really-should-be-done bullshit. There are thousands of gallons of venom already spewed across the internet on those subjects. Instead I’ll take somewhat of a 180-degree turn. I think to avoid such criticisms, 47 Ronin should have been MORE fantastic, more over the top, had more of an international cast and not have been set in a straight up Japan but rather a vague “martial world” ala the Hong Kong liquid sword epics.

If Keanu Reeves is your lead, then you’ve already told history to go fuck itself, soooooo… don’t sweat the history, don’t make it look and feel — in general seem — “right.” Instead, make it more surreal. Have the tatoo’d skeleton guy as one of the 47 too, and introduce his pal the chain-weilding emancipated slave from the Ivory Coast, then a Portugeese gun runner straight off the Black Ship and his steam-powered robot show up, followed by an unfrozen caveman or Viking berserker next to a topless Chirstian nun who slays vampires by lactating holy water.  Yes, there would be vampires. And tons of other yokai and Japanese mythology. Then Hercules shows up and they all fight reanimated skeleton warriors… and man does that time-travelling Wyatt Earp’s Laser-Colt come in handy!

Plenty of nice ground work was laid for historical fantasy, here, too. The “Dutch Island” formed of Western pirate ships where outre gladiatorial games are held was pretty sweet. The gathering of magical swords to give the 47 an edge over superior numbers was also a good notion. The gigantic silver samurai guy (actually closer to what you wanted from The Wolverine) was excellent and the dragon at the end looked absolutely great! It’s the best Japanese dragon FX ever put on screen.

But again, none of it was taken far enough — more pirate-freaks, more magic sword powers, and was the giant samurai just an animated suit of armor? I couldn’t tell, and that’s a flaw in a fantasy epic. And don’t stop at one monster at the end, dammit, go full Magic Serpent and have Keanu transform into a giant toad, big-ass-spider (not to be confused with THE Big Ass Spider) or fiery bat monster for a combined kaiju/martial arts climax.

Being fully submerged in the insane fantasy waters would have gotten 47 Ronin off that hook, and maybe then the audience for this movie wouldn’t be rolling its collective eyes at the idea of friggin’ NEO taking a Tom Cruise-level piss on jidai-geki while looking over their shoulders for the imminent arrival of Bill S. Preston, Esq. in a phone booth.

BUT, I will say this: Hiroyuki Sanada was great. He’s ALWAYS great, and carried much of the film. Were Sanada the lead, and 47 Ronin a subtitled import ala The Promise (in which he also starred), House of Flying Daggers or Curse of the Golden Flower it might have actually made more money in the States. Certainly would have merited an underground fan base akin to that of Ashura, Dororo, Shinobi: Heart Under Blade, Goemon and the like. If it had a more shameless exploitation vibe like Man with the Iron Fists it might be finding a modest audience. Or if it was a big budget video game instead of film in the first place, it would have Onimusha level visibility.

Instead, it’s a $175 million dollar debacle for a Hollywood studio, and people LOVE to watch those tentpoles fail. 47 Ronin seems to be taking its place as the half-breed Japanese contender to John Carter, and like that film, it deserves a fairer shake and better box office. I mean come on, it’s no Lone Ranger…

If you’re thinking of going to see this thing, despite the wrongness, despite the shortcomings, know that it’s worth it for Sanada and the dragon on the big screen alone. But hurry up, the clock is ticking on dog… 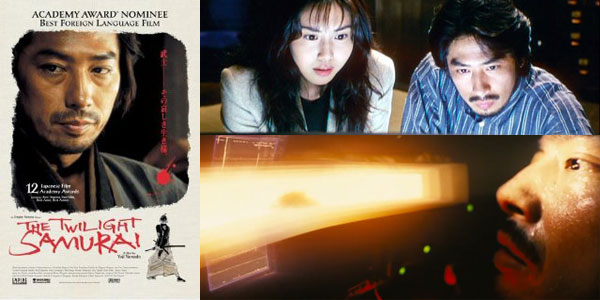