The book, and later film, of the James Bond adventure You Only Live Twice was essentially the West’s introdcution to ninja, and a few widely scattered episodes of American television series like Kung-Fu, Baretta and Quincy notwithstanding, the next major step toward the 80s ninja craze was the mega-hit Shogun mini-series. Bond may have fought alongside ninja, but they never donned the iconic black suits and masks, so for millions Shogun was the intro to the classic ninja look.  (see our breakdown of a pivotal episode here) 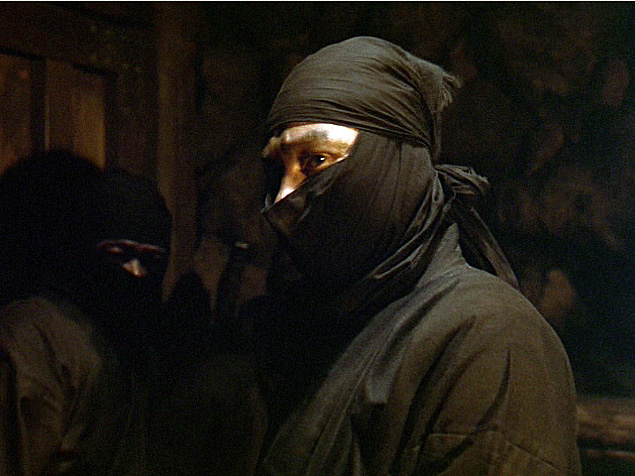 Both the notion of shinobi as commandos using swords against guns, and the ancient ninja being a ‘cult of assassins’ were planted, and about to sprout in every  field of popular media.

Somewhere in the middle of these well-fertilized (pun intended) acres grew a burgeoning crop of serious martial artists studying actual ninjutsu — combat, spiritual and lifestyle traditions long removed from their feudal origins and practical applications, now finding new life in somewhat abstract ways in the modern world. But could they escape the often ludicrous imagery of the pop media ninja flourishing around them?

I came across some old book advertisements in a 1981 issue of Black Belt that reminded of this period. 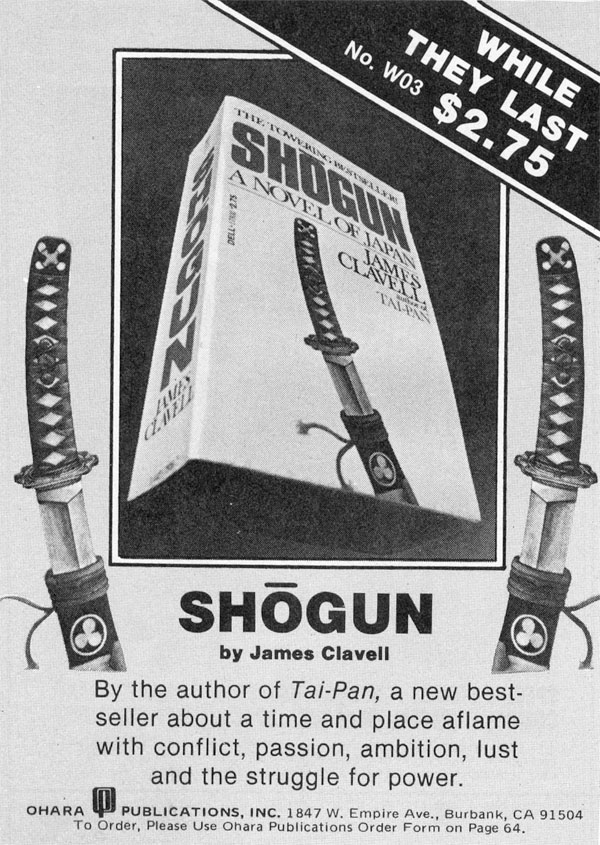 Note this ad for the mass-market paperback edition of Shogun, which sold in the millions both before and after the landmark TV event, is not from the original publisher Delacorte, but from martial arts publishing/distribution house Ohara Publications. This ad ran in Black Belt, Inside Kung-Fu and ilk, aimed at a martial arts community that was about to get drenched in a ninja tidal wave.

The airing of Shogun was followed by the release of Enter the Ninja in theaters, making Sho Kosugi the face of the cinematic ninja movement. But the martial arts explosion that ran concurrently to the entertainment media craze had a face of its own — Stephen K. Hayes. 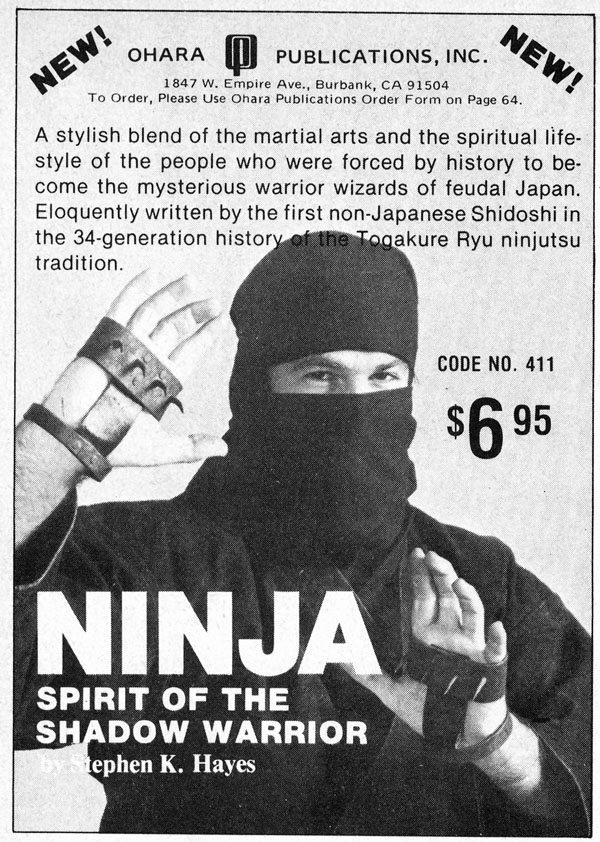 Once in a while, though, he’d don a black hood, like a movie ninja, bridging the gap between media and martial traditions. The occasional publicity photo shoot in traditional shinobi coture was smart marketing by Hayes and team. Masaaki Hatsumi himself wasn’t above such fare with his profound publishing career in Japan, so why should the student be any different? 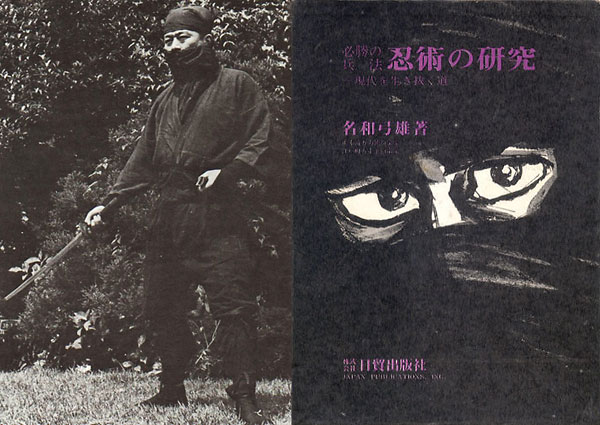 Hatsumi, however, could more safely embrace the popular imagery of ninja because the product on movie screens in mid-1960s Japan was dead serious historical fare (that he himself had consulted on-set in some cases). And while the 60s boom in Japan obviously had its pop entertainment aspects, the 80s boom in the West tended more to the exploitive. It became big business — from turtle toons to mail order weapons. There were dilutions in quality — the movies got cheaper and cheesier and ninja-themed magazines more bloodthirsty. 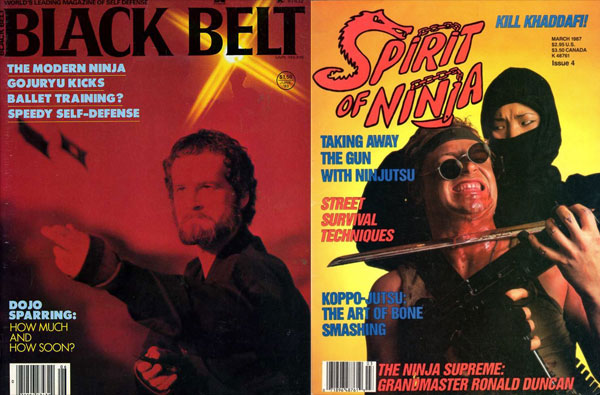 Hayes donning a mask and hood put him a “NINJA”-emblazoned headband away from the same visual plane as Richard Harrison in Ninja Terminator. When a legit dojo swam in the same visual waters, training in gear that to the rest of the world was movie costuming, there was always the risk of eroded credibility and unflattering PR. If hooding-up was a necessary evil, which some of these folk balanced better than others, there was a price. It couldn’t have been easy maintaining legitimacy in the midst of such widespread exploitation.

I’ll say this, too… Nobody in the martial arts community has to deal with more public misconception and general pop culture baggage than the practitioner of ninjutsu. If you study kung-fu and it comes up in discussion with laymen, you might get a snicker or a crass Bruce Lee impersonation — “Oh, you mean all that ‘hhhwwaaaaaaaaaaaaaaaaah!’ stuff?” The same happens with ninjutsu and people are assuming you’re some idiot who hides in the trees wearing black pajamas and a suriken belt buckle. They ask to see your blowgun, or to throw a smoke pellet down and disappear. You’re equated with toon turtles, Power Rangers and video game villains in the minds of a lot of these simps. It has to be a tough road, and I respect the hell out of anyone who puts up with it. 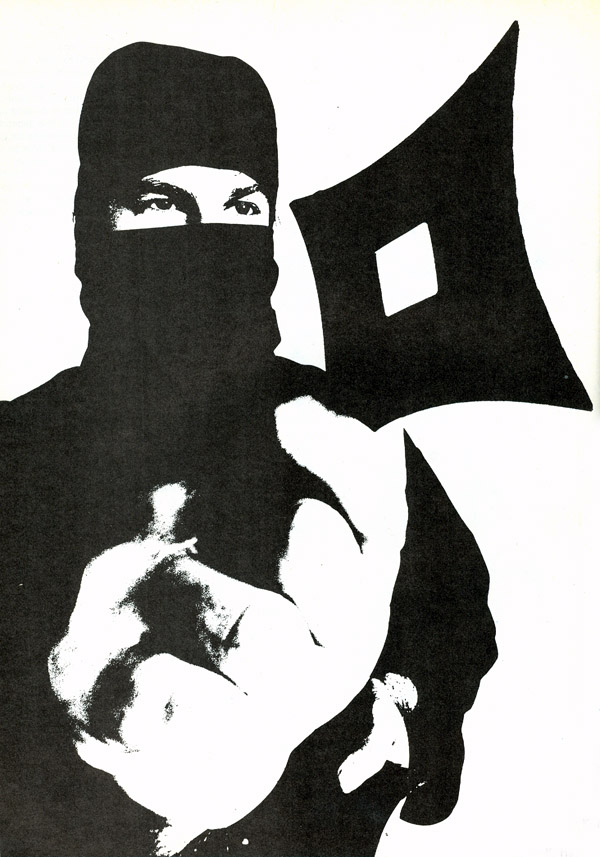 I was never a student of ninjutsu, but being a karateka for a couple of years during my early 80s Junior High days, ninja-mania was unavoidable. I never drew a line in the sand between the martial and movie worlds, finding different levels of entertainment in magazines and books dedicated to both camps. Even if it was the hoods that caught my eye, what I always dug more about the Hayes and Hatsumi articles in Black Belt and Ninja was how different the techniques looked. Punches, kicks, takedowns, ready poses — they were distinct from the long-familiar karate and kung-fu. 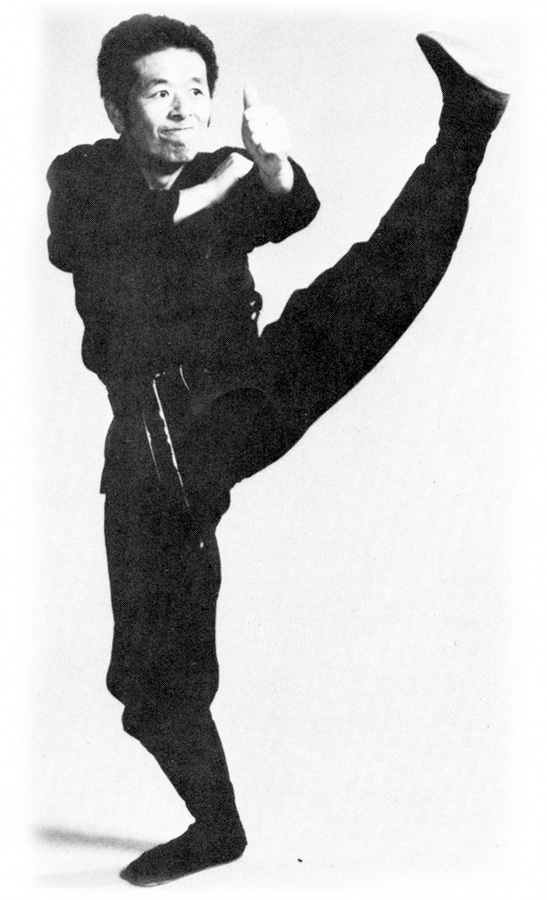 Maybe that contrast, the simple fact that there was finally something different on both the big screen and in the dojo circuit, was fuel enough for the ninja boom. It was the 1980s, a decade that craved distinction from any previous — punk, New Wave, Nagel prints, fingerless gloves, parachute pants…