Years in the compiling, months in layout, and updated a few times now via feedback from fans around the globe — VN‘s now famed timeline has been updated again with some corrections, additions and newly discovered goodies. 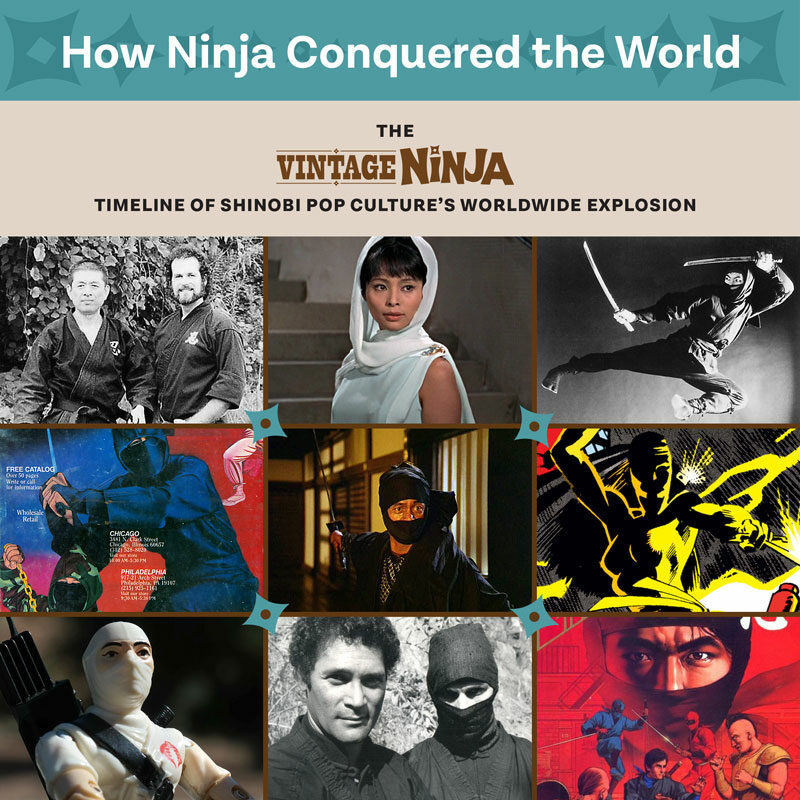 From the 1960s where rare examples of ninja trickled out of the booming craze in Japan, to the 70s when ninja became more and more familiar in the martial arts world and occasional American network television, to the absolute explosion of the 80s, and yes, the nails driven into the coffin in the early 90s — we trace it year by year, idiom by idiom trying to hit on all the high (and low) points, with some surprises throughout.

Know something we missed? See a goof? Drop me a line at krainville@vintageninja.net.