Have owned this “sugoroku” illustrated game board for years but am finally discovering the actual nature of it.

Essentially a Japanese version of Chutes and Ladders, these thin paper game boards have been produced for centuries in one form or another (read here about an older version of the game based on backgammon and made illegal twice in Japanese history).

I’ve seen several based on chambara, tokusatsu and boys adventure anime, but this one is a melting pot of various ninja properties – or is at least meant to EVOKE those properties. Yeah, I’m thinking characters owned by multiple studios or TV networks appearing on one product means unlicensed… 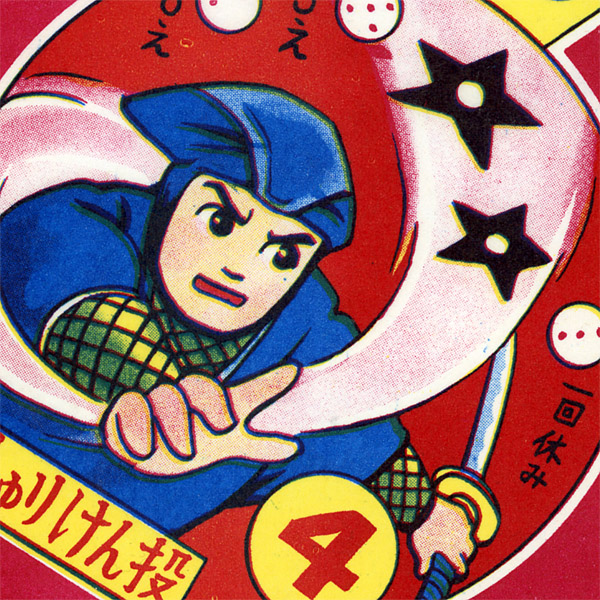 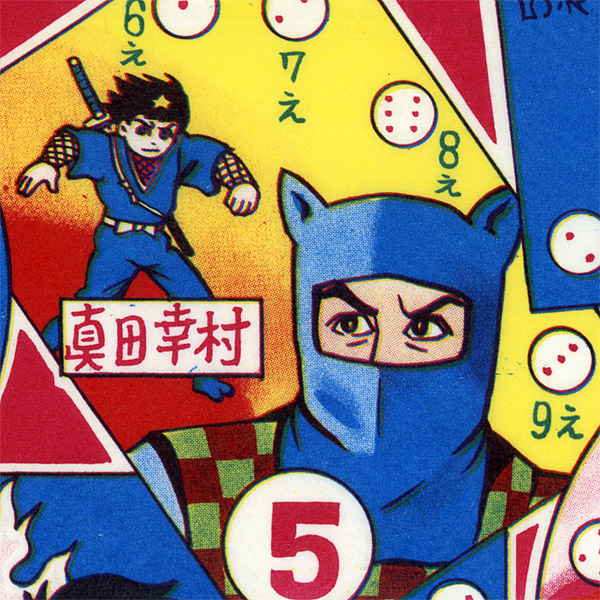 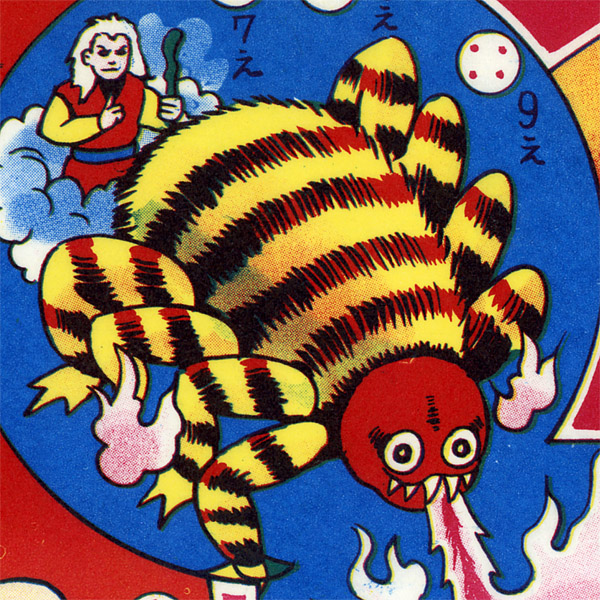 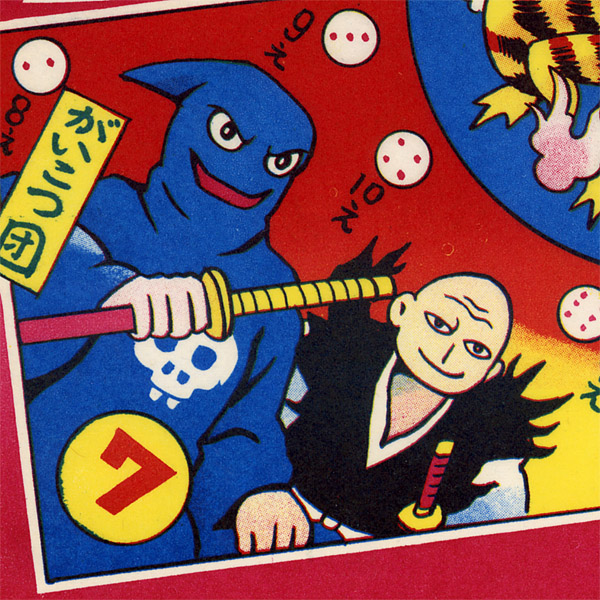 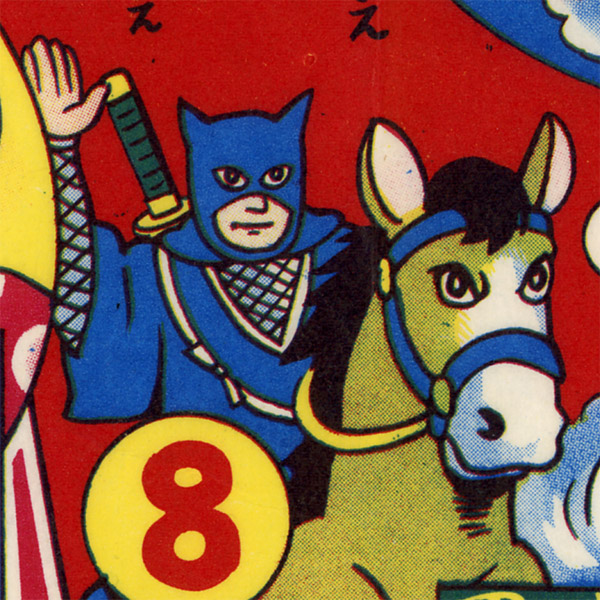 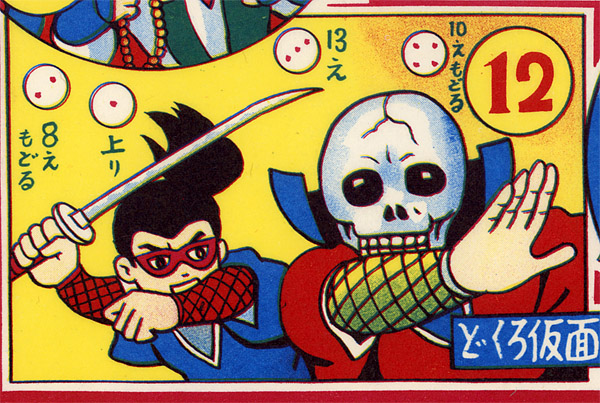 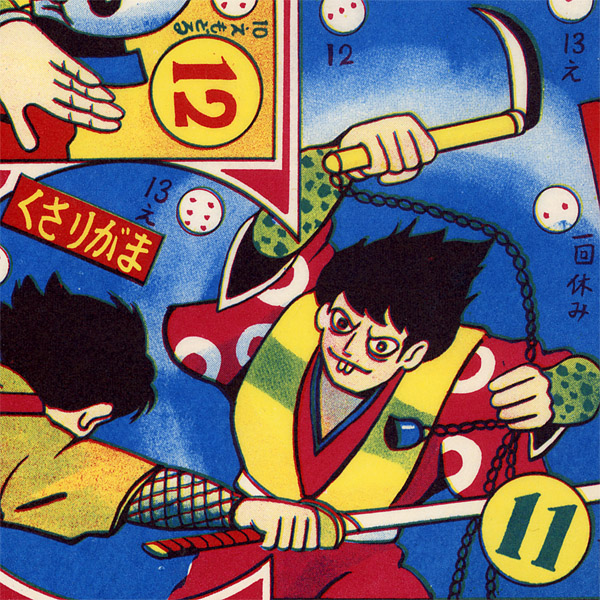 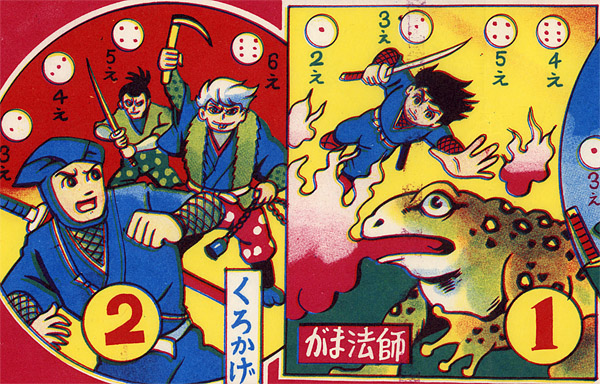 Man, some of this art is just precious. Without being able to read the captions, I’m seeing illos that are certainly meant to be Masked Ninja Akakage and Kagemaru of Iga there, and a villain that could be a skull shocker from Lion Maru or a shinobi-fied Golden Bat.