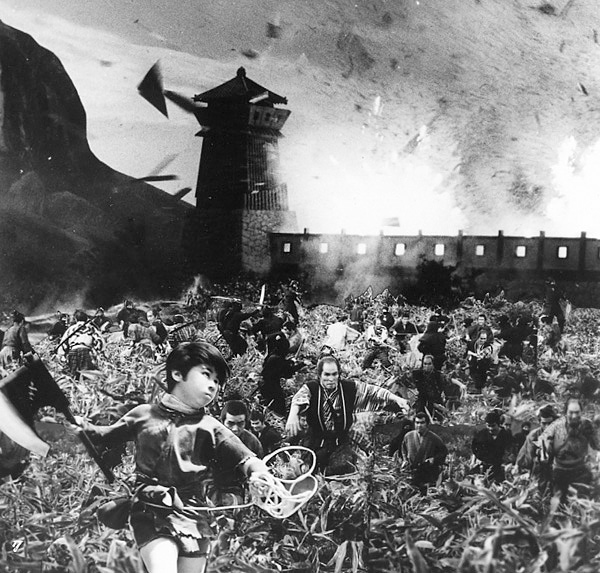 Scored some 4×6″ B&W press stills from Toei’s 1966 mess of a masterpiece Watari the Ninja Boy (Daininjutsu eiga Watari). Depending on one’s previous knowledge of the Shirato Sanpei manga and where you stand on magical superhero ninjutsu vs. grim and gritty shinobi espionage, Watari is either bullshit or batshit. Could be a little of both, but I personally find this movie enjoyable as hell.

I love Watari‘s live-action cartoon universe and the characters are as outre as the source manga’s. It’s a candy dish of color with some great sets and absolutely awesome costuming. It is too long, too involved, the motivations are murky, etc. and so forth, but I forgive that in appreciation of the fact that this is a kid’s movie with a huge body count.

This collection of press stills – some staged, some from the actual film – lack the movie’s lush color, but do yield details easy to miss otherwise. 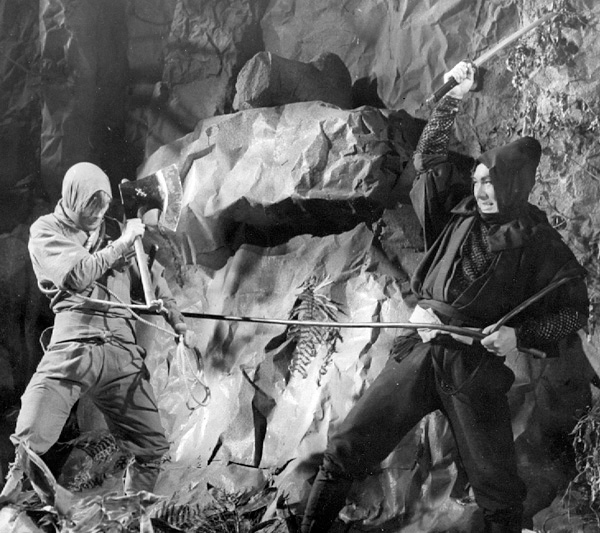 TOMORROW, more stills from this collection, mostly of the increasingly bizarre monster-ninja Watari faces during the film.