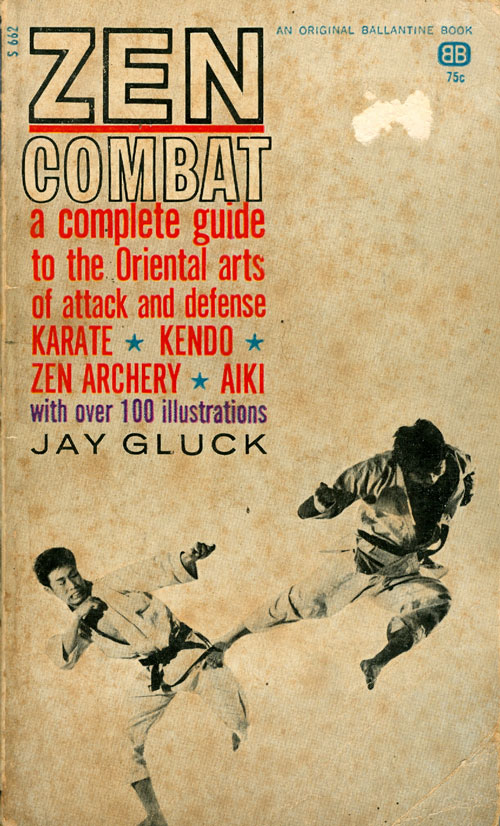 I’ve had this old beater copy of Zen Combat — Jay Gluck‘s ground-breaking 1962 treatise on Japanese martial arts – for years but never got around to cracking open its aging pages until recently. Finding a full chapter on ninja, written two decades before the craze, was a delightful surprise. It’s a very interesting read, for the information presented yes, but more for its warts-and-all attitude towards the then burgeoning Japanese ninja boom. 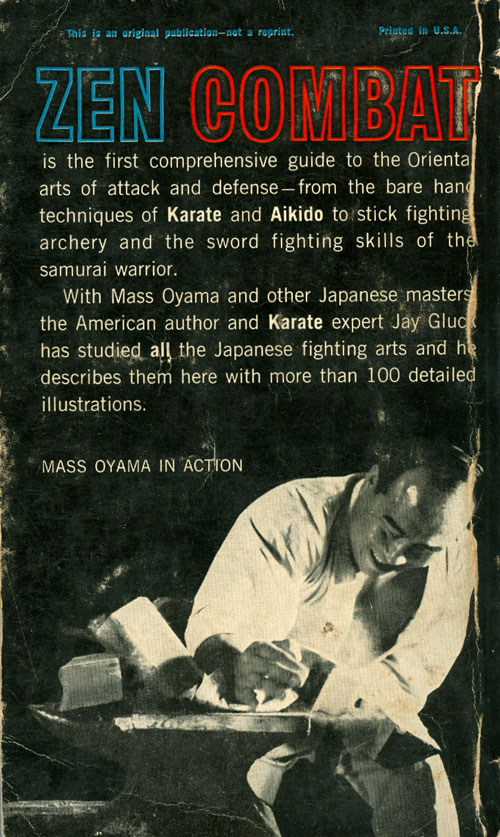 Zen Combat is a collection of new and re-purposed articles from late 50s/early 60s martial arts mags, which at the time were more like trade publications and newsletters for a community of professionals and ‘pro-sumers’ rather than the media-influenced glossy fare they became post Bruce Lee. Gluck was an Asian culture expert and practicing martial artist (travelling in circles with the great Mas Oyama) living part-time in Japan during a time when all things ninja were exploding in popularity. His poise is like that of an old-school Rolling Stones fan wading through a crowd of girls screaming for One Direction. The result is one of the more honest, if not overly skeptical essays on the matter you’ll find.

This article wasn’t a cover feature designed to sell magazine copies during a craze. There is no slant toward any emerging school, pressure from a publisher not to offend advertisers or effort to fan the flames of an exploding fad. For that, I think its a valuable read regardless if one agrees with Gluck’s findings.

The book is out of print, and the author no longer with us, so until Zen Combat becomes a commercial entity again, here’s scans of my vintage copy of the “The Magician: Ninjutsa” [sic] article. Have at it… 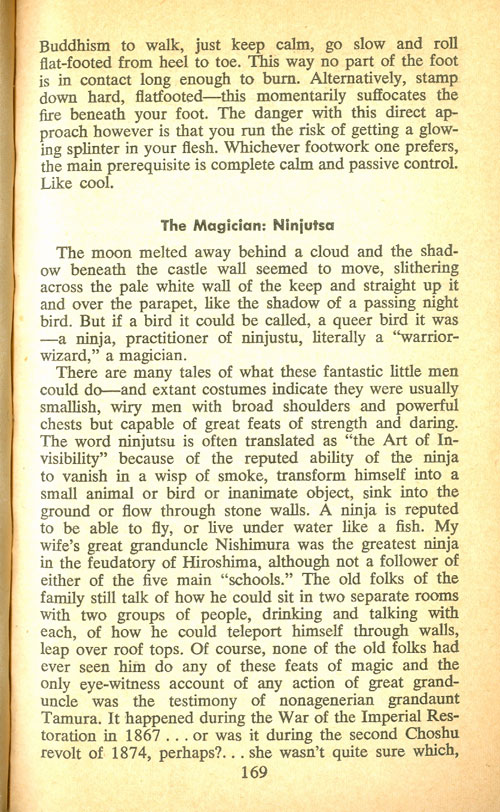 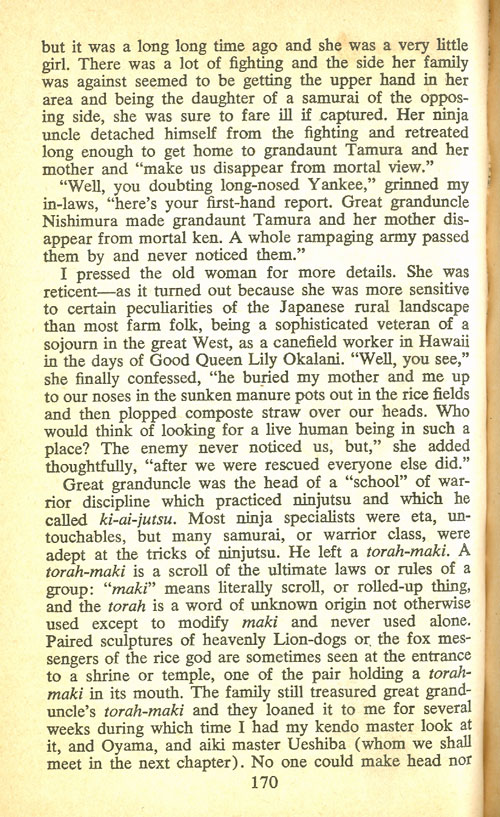 Gluck’s personal connection to shinobi history is little more than family anecdote, but the fish tales actually serve to illustrate a fundamental frustration with  studying the moving target that is historical shadow arts and ancient espionage. 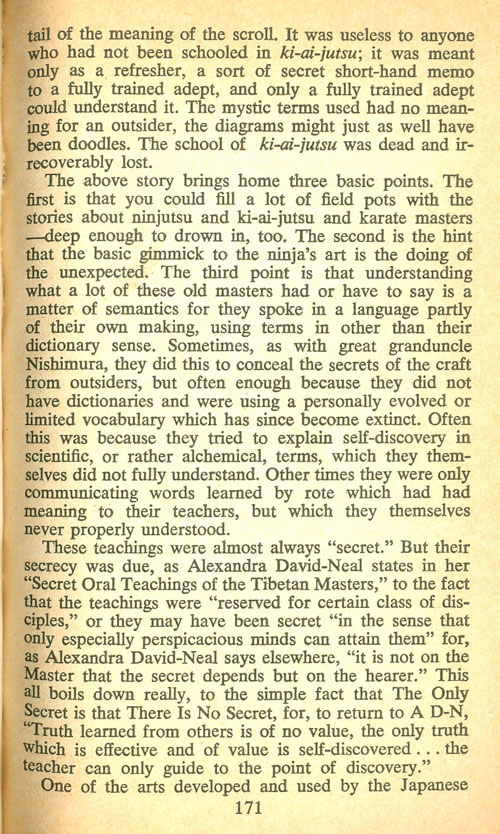 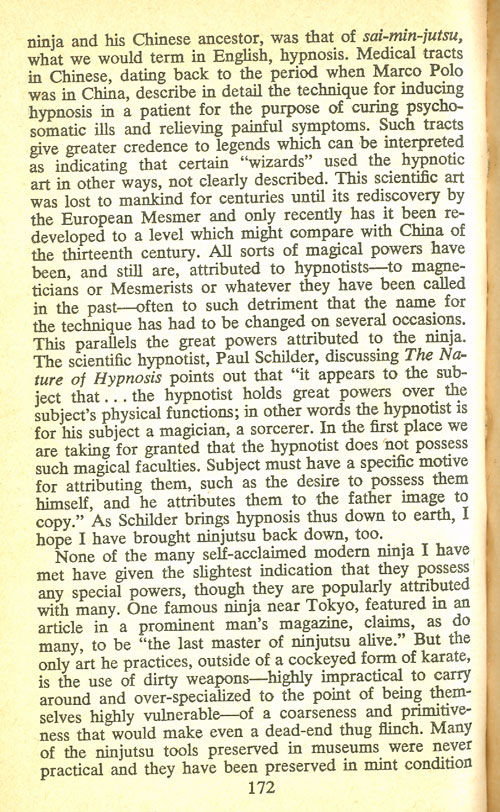 Gluck is a bit of a hater here, but aside from dispersions on “cockeyed karate” experts I really dig his analysis of “dirty weapons” and the practical truth behind alleged artifacts that populated the cases of the new wave of ninja museums and tourists attractions. 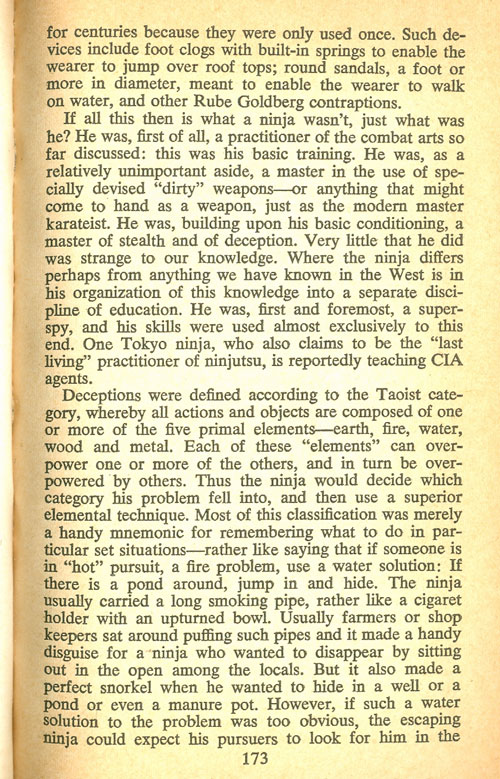 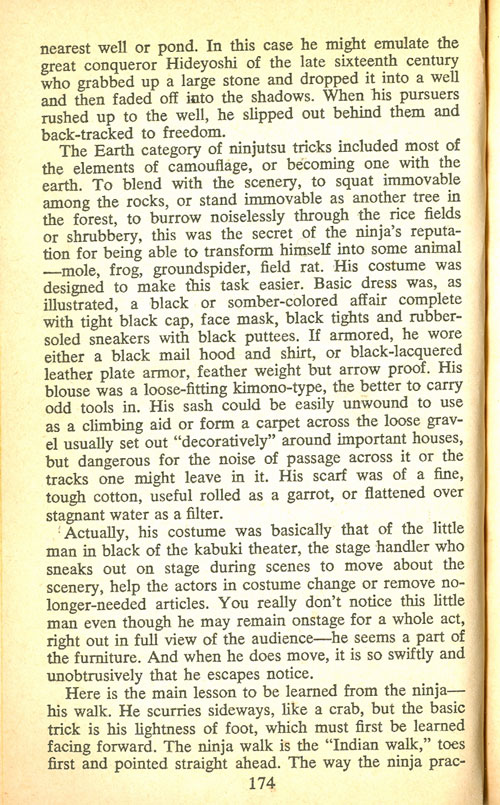 Interesting that despite looking down his nose at ninja-mania, Gluck isn’t a debunker. He buys into the black suit, and even makes parallels with kabuki stage blackout wear, but not a direct connection based on outright doubt as many have since. 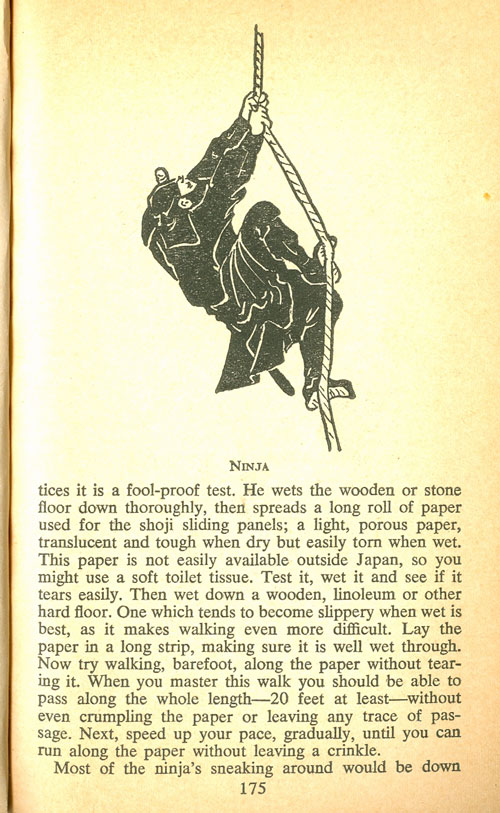 Gluck also embraces the notions of specialized walks and runs as legit techniques of ninjutsu, seen in a lot of contemporary film and TV in “that man, he runs like a ninja” scenes. Check out Festival of Swordsmen or any of the Onmitsu Kensin (aka The Samurai) seasons for this. 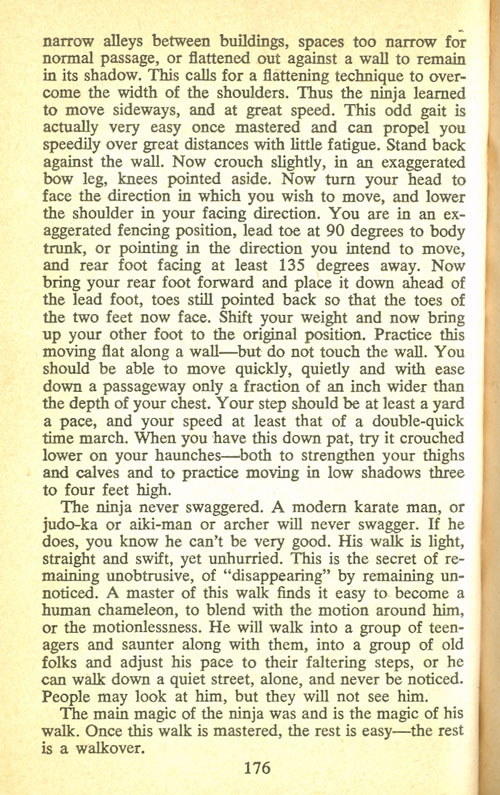 I absolutely LOVE the line “People may look at him, but they will not see him,” which foreshadows similar notions Joseph Stefano wrote in “The Invisibles” episode of The Outer Limits two years later:

You do not know these men. You may have looked at them, but you did not see them. They are newspapers blowing down a gutter on a windy night.

You do not know these men. You may have looked at them, but you did not see them. They are the wind that blows newspapers down a gutter on a windy night — and sweeps the gutter clean.

Stephano’s prose served as the “control voice” narration at the beginning and end of an episode centered on secret government agents battling an even more secret alien invasion conspiracy. Their heroics will never be known to man, nor will the threat they defeated ever be realized by a public secure in its ignorance of what almost just went down. 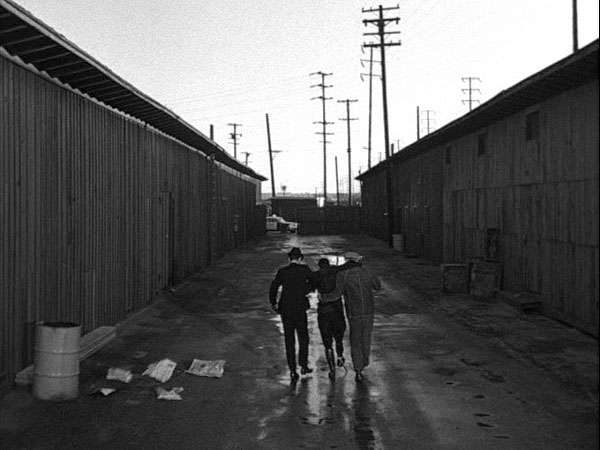 The “control voice” lines could just as well describe the value of good ninja, whose genuine exploits are (perhaps to history’s benefit?) lost in the fog of family anecdotes, fish tales spun by fraudulent martial artists cashing in on fads and mass media whipping up a big craze. Or so Jay Gluck postulated…

I’d love to see what he would have written twenty years after the publication of Zen Combat. If Gluck was dubious of all the “last ninja” schools then, what would he have thought of what went down in the 80s?

Our fetishization of supposed “dirty weapons” certainly didn’t fade away, either. 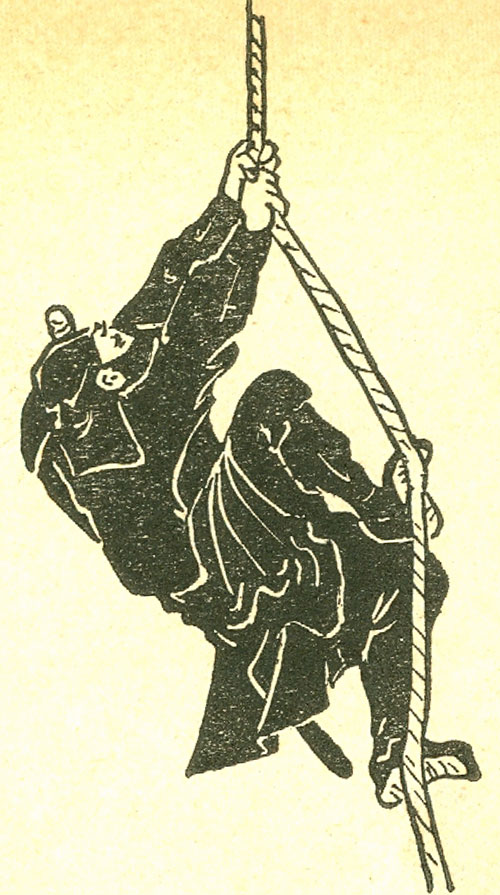