Surely the apex of shinobi-kaiju cinema, Magic Serpent (for the Sandy Frank/AIP-exposed) or Kairyu Dai-Kessen, is a no brainer to start of Monsters and Masks 2010! 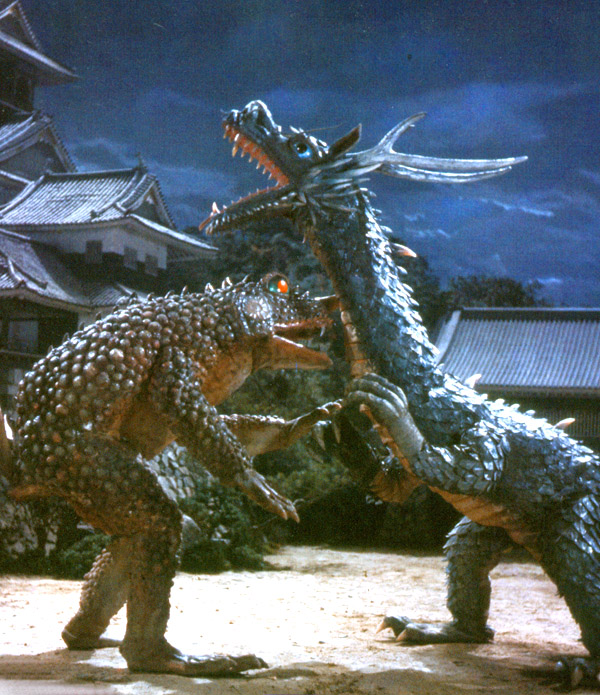 This is a staged publicity shot, you rarely if ever get that clear a shot of the two dueling ninja transformed into giant pagoda-crushing critters. That is one loooong-legged toad…

Serpent is available in two different forms; the English-dubbed full-frame “Magic Serpent” cut is on a Gamera double feature disc, and a widescreen Japanese language print with grey market subs is circulating as “Dragon Showdown” or “Battle of the Dragons.” I recommend both, as I grew up with the former’s goofy translations and Godzilla sound-effects, but love the original’s kids chorus theme song and widescreen glory.

The un-official Thai sequel sounds like a real blast, too. TarsTarkas.net