As a footnote to our American Ninja celebratory gripe-fest, here’s a mystifying trade ad from what has to be the early part of 1985, wherein Cannon heralded an upcoming project: 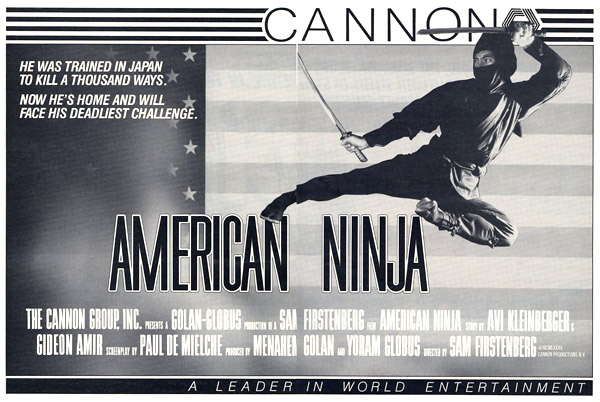 Now trade ads are always talking shit. They run in industry-only newsrags promoting movies as if the deals are set in stone, sometimes implying they’re in the can, but the reality is these ads are often window dressing for the money hunt. Would-be producers work these things up to stir interest or tip on-the-fence investors over the edge. More often that not the movie promised never gets made or mutates into something way different.

So was “American Ninja” a Sho Kosugi lvehicle at one point, or were they just coyly suggesting that he might be involved in a pending deal. Or did they just see his image as their’s to use regardless of his involvement or lack thereof? Kosugi had left Cannon at this point for what turned out to be far less greener pastures, so maybe this was an attempt to lure him back?

The “American Ninja” title has a shadowy history of its own, too. I have an image stuck in my head of one of these trade ads I saw years ago wherein a Chuck Norris project carried the same name, and would kill to find it somewhere (if it even exists). Maybe it became The Octagon? Kosugi’s own 9 Deaths of the Ninja was called “American Ninja” in some European markets. And the American Ninja we know and love was actually called “American Warrior” during development and as late as the trailer, changing titles at the 11th hour (the ‘Warrior’ title remained in some foreign releases). 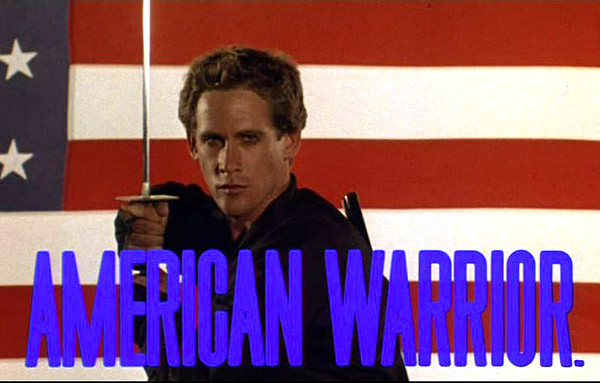 A mystery indeed. Too bad I’m the only guy in Hollywood who actually cares about this stuff…

Man thanks to VN reader Dan for the following clarifications:

“in regards to the whole Sho Kosugi / American Ninja thing, here’s how it went down from what I remember reading and subsequently pieced together. The trade ad you have of Cannon’s “American Ninja” project featuring Sho was likely done before he left Cannon (possibly during post-production on NINJA III), so they undoubtely planned to have their #1 ninja star in the film (possibly in the role that went to Tadashi Yamashita). After Sho left Cannon they planned to getChuck Norris to star as the “American Ninja” (as seen in the attached trade ad), but obviously that didn’t work out and they got Michael Dudikoff. Meanwhile, Sho filmed his first non-Cannon movie, a film with the working title “American Ninja”, which was written and directed by “Enter the Ninja” 2nd Unit Director Emmett Alston. The movie was released as “9 Deaths of the Ninja” and Cannon’s “American Warrior” was therefore able to reclaim the “American Ninja” title and did so (at least in most markets). By the way, you can’t really tell from the attached pic, but the ninja gi Chuck is wearing is the same one worn by David Chung, Lucinda Dickey, and Alan Amiel (their fight double) in NINJA III… The Black Ninja outfit which is really grayish-green. Pretty wild, huh?” 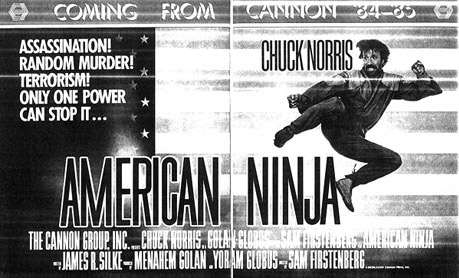