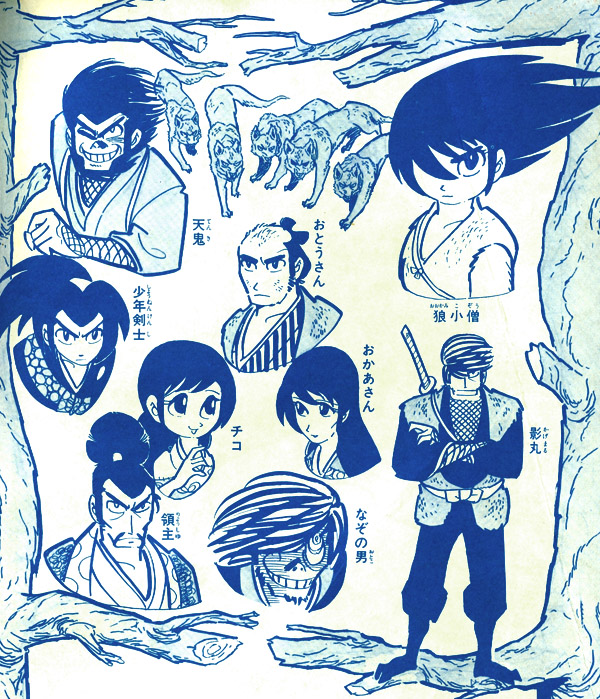 These scans are from a 1967 manga I scored in a lot, one of which was described only as  “Wolf Boy.” I was hoping for some Wolf Boy Ken tie in, but no! Rather than a Jungle Book / Tarzan-like deal, I was pleasantly surprised by this Kamui-esque adventure of an orphan raised by wolves who then learns shadow skills. 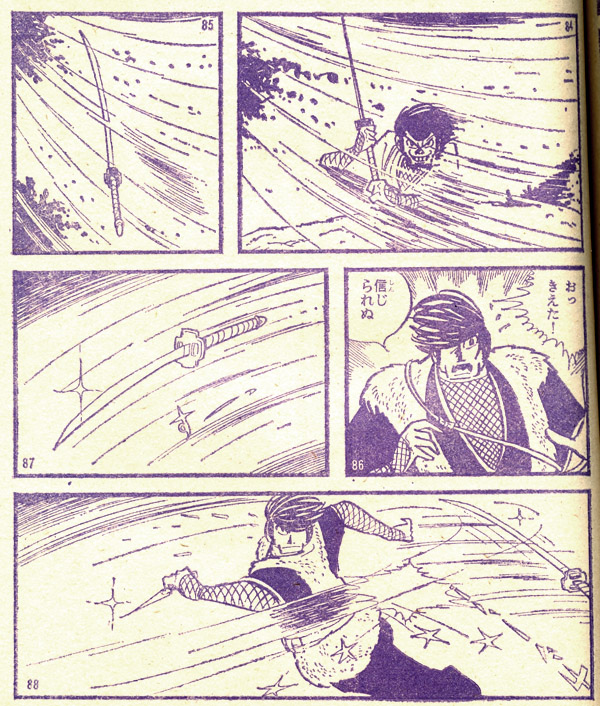 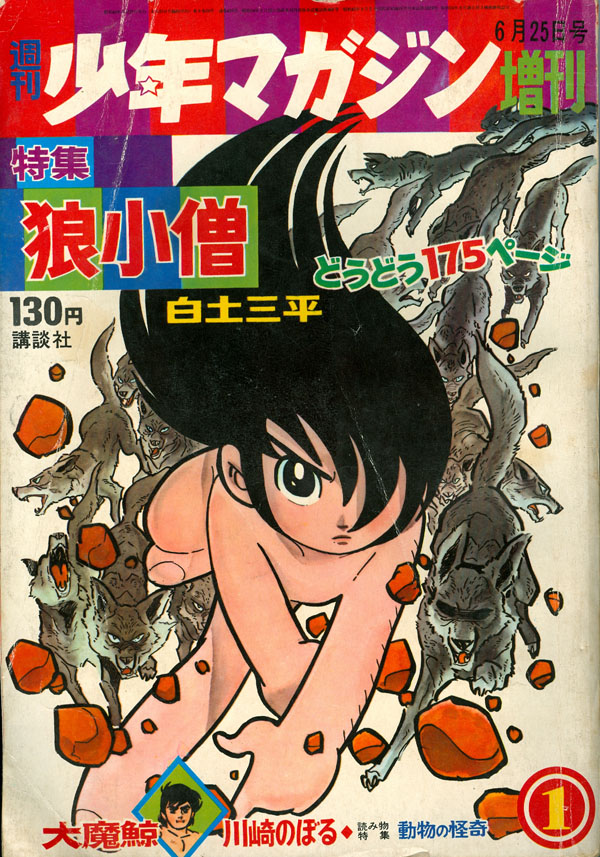 So what do I have here? Various Wikis and under-researched manga sites list a “Wolf Boy” series in Sanpei’s resume, but I’m stonewalled after that. I know how much some of you looove doing my research for me, so get to it!