There are some nifty new ninja and ninja-adjacent opportunities at hand to lighten your wallet folks:

I was delighted with the positive and supportive tone of Austin Trunick‘s first volume of The Cannon Film Guide (as reviewed here) and this follow up should be more of the same — no snark, no punching down and none of the oft-ignorant so-bad-its-good bullshit that permeates way too much of our media fandom culture nowadays. I don’t have this massive tome in-hand yet, but it’s 1000+ page mass is on its way.

Get it directly from the publisher here. 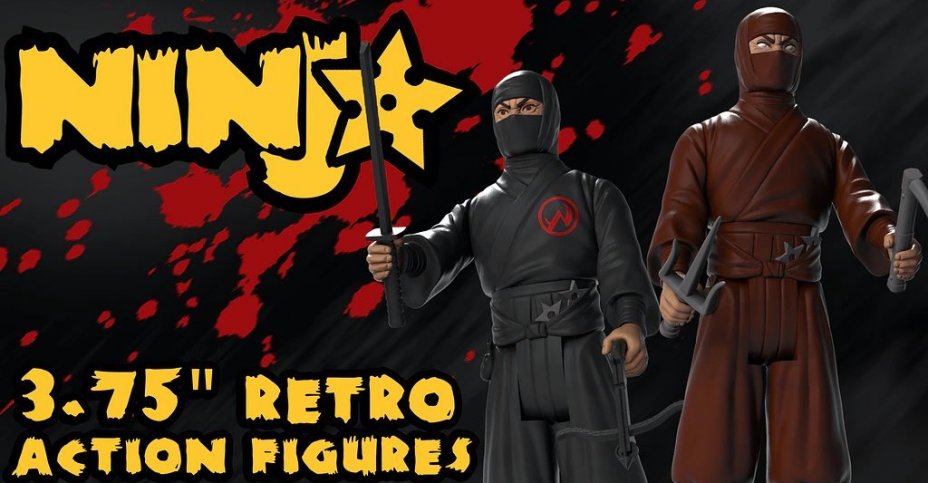 From renowned sculptor/designer Paul Harding‘s company Future Cyborg comes this line of 3.75″ figures now actively funding on Kickstarter. These are ‘throwback’ in more ways than one — the scale and style is totally late 70s/early 80s Kenner, the designs are 60s Japanese cinema crossed with elements of 80s TV and Cannon film costuming, the weapons and backpacks harken to GIJoe: A Real American Hero, and the head sculpts are as Chiba as they are Kosugi — a perfect mix!

But pulling my heart strings more than anything else is they fully embrace the strengths of the non-property based generic ninja figures we all had during the original craze. Companies knew there was no need to pay a studio for licensing or securing image likenesses of any given actor — all we wanted was fully geared up and hooded ninja, and from a rights issue that’s open season.

I’d love some blanks of these to customize myself, too. I’m thinking with the right garish primary-colored paints and some kung-fu weapons borrowed from other toy lines you could make some amazing Godfrey Ho/Richard Harrison-style neon-satin shinobi.

I’ve become way more of a 6-7″ scale enthusiast myself, and would love to see this same aesthetic executed at that size instead (akin to what Fwoosh! did with Articulated Icons), but its not stopping me from supporting, and I encourage you all to do the same.

And now to the video shelf… 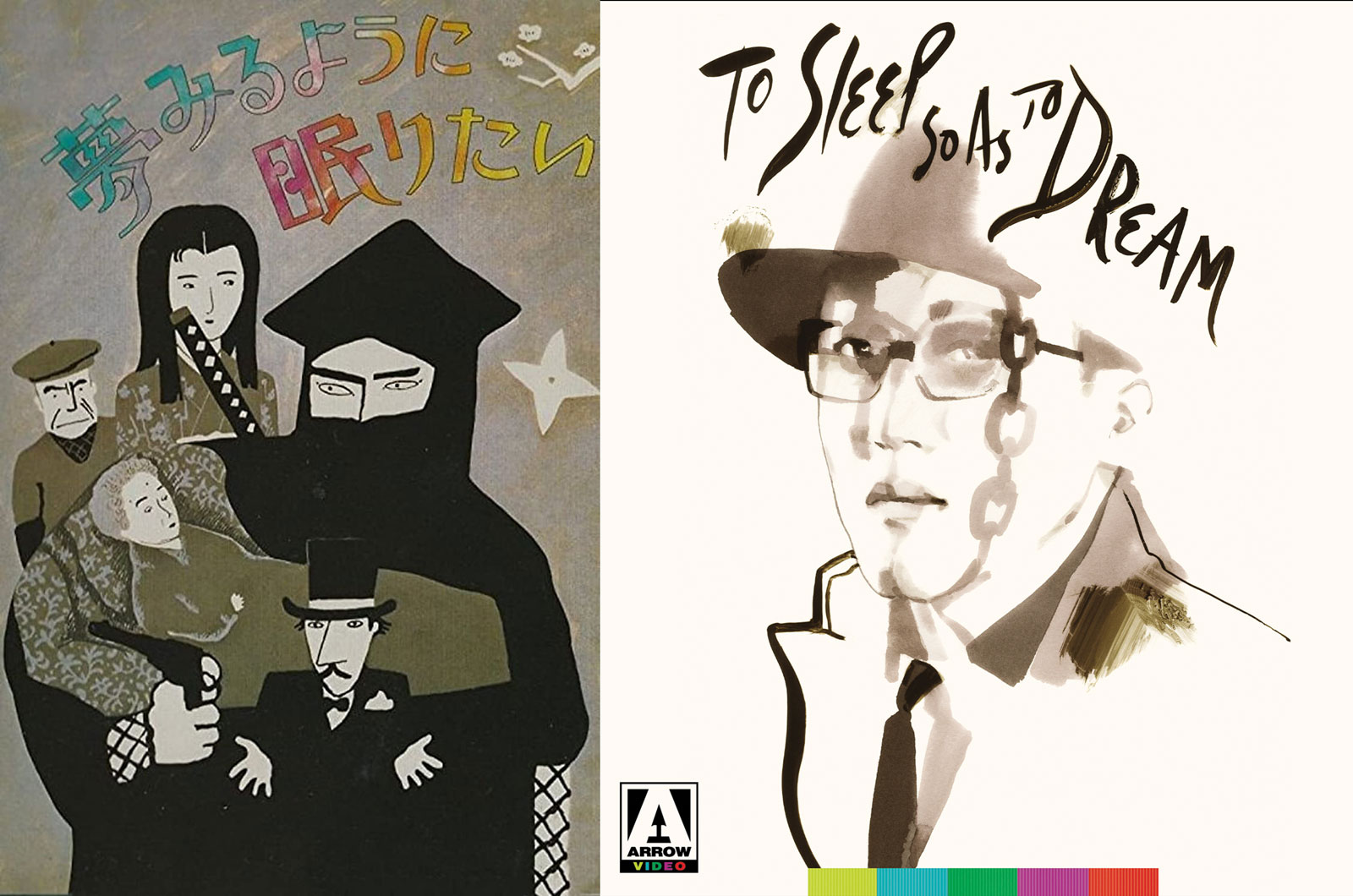 Finally seeing a film I had previously only read about — To Sleep So As To Dream — was all sorts of amazing. I adore movies about making movies (The Big Picture, Living in Oblivion, The Stuntman, Hooper, One Cut of the Dead, Hearts of the West even) and I also love fictional movies-within-movies (Mant, Sand Pirates of the Sahara, A Fistful of Yen), and To Sleep is a movie that does both of those things, with black hoods and shuriken! The 1986 directorial debut of Kaizo Hayashi is a love letter within a love letter to the largely lost era of Japanese silent film, centered on a mysterious kidnapping and the remnants of a 50 year old banned movie with a Kurama Tengu/Black Hood-esque hero battling evil magicians.

This is definitely an art film and certainly not for everyone, but the “Eternal Mystery” movie scenes starring “The Black Mask” (especially those vignetted and decayed as if they’re ancient film remnants) are just absolutely TO DIE FOR! 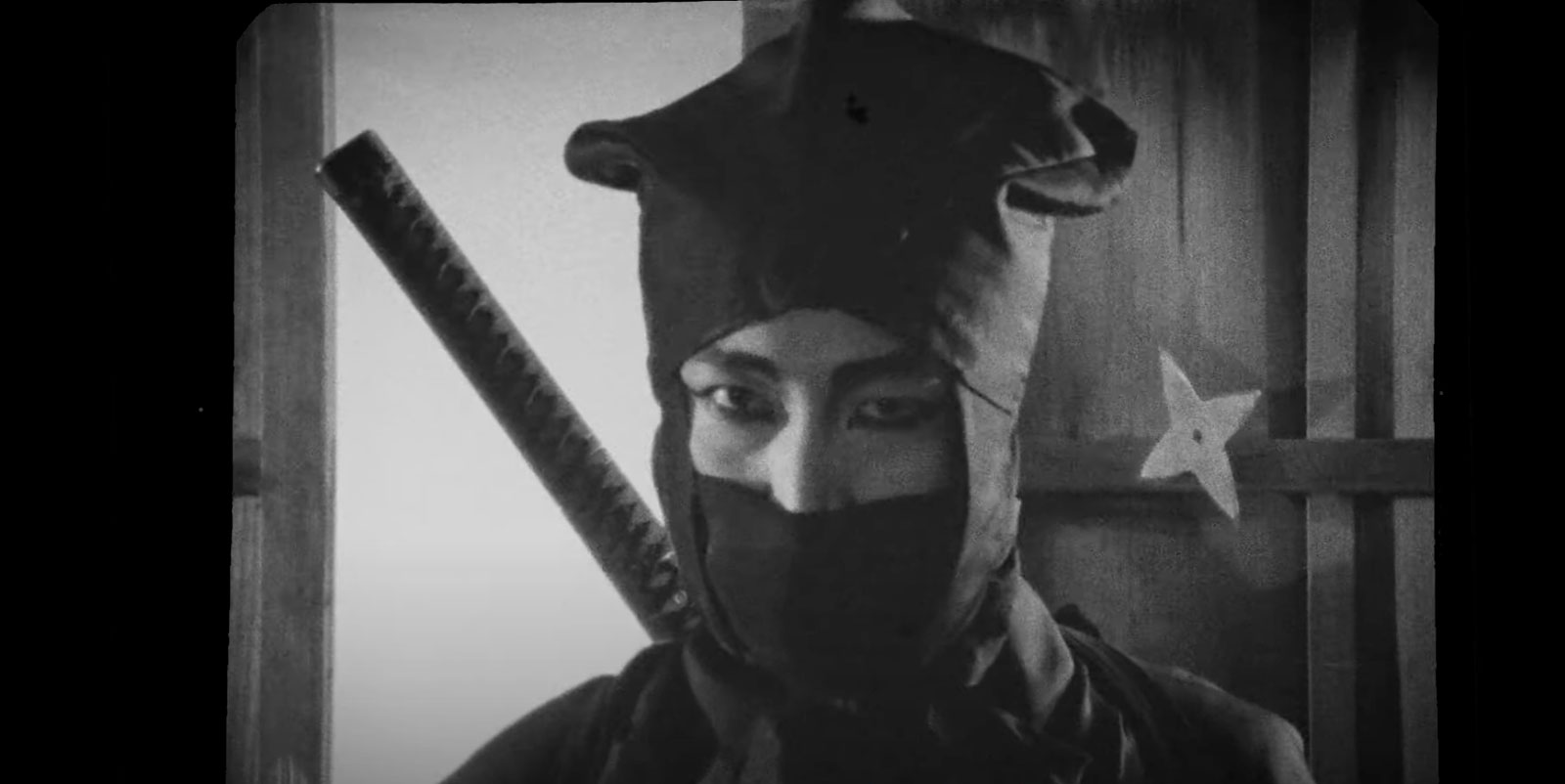 After this utterly unique debut, Hayashi would go on to a wildly varied career with notable neo-noir and dystopian sci-fi films to his credit, and for our purposes the utterly wacky and also highly recommended Zipang.

Arrow Video has done a Criterion-level job with their recent Blu release, with an astounding restoration and a ton of informative extras on the history of Benshi (narrated silent movies) and how that era was so much more than just a picture flickering in a darkened room. I consider this a must-buy based on these aspects alone, but To Sleep is a real gem and adds a whole new artistic depth to one’s ninja shelf.

Since the downfall of Cannon, MGM has been the steward of much of their library, all the ninja films in particular. With Amazon’s buyout of MGM we may see some formalization of their library and these titles might not constantly bounce around between the various subscriptions services the way they do now. Fingers crossed. Meanwhile, if you dig around Prime and some of its cheapie channels there are indeed gems to be found — Samurai Marathon doesn’t look like a ninja movie but it sure as hell is, and Black Fox: Age of the Ninja is some rather fun plucky girl superhero action akin to the Azumi films in spirit. There are some docos, adjacent genre stuff like the ninja-flavored Message from Space TV series, the long lost Ninja Robots anime, and the best remastered print of Ninja in the Dragon’s Den anywhere.

Meanwhile, Tubi continues to grow and grow. For the unfamiliar, this free service started out like an aggregation of a thousand Mill Creek box sets from the early 2000s, with tons of genre exploitation and public domain — everything from campy gladiators to vintage horror to newly dubbed lucha libre films abound. Their martial arts offerings are aplenty, including dozens of the IFD/Filmmark cut-togethers and most of the dubbed Robert Tai/Alexander Lo Rei flicks. It’s also the on-and-off-again home of Kosugi’s 9 Deaths of the Ninja, White Phantom and I’ve found that weird Bujinkan-endorsed indie flick Ninja Vengeance on there from time to time.

Is it just me, or is the constantly juggling offerings and having to pay for multiple subscriptions a month adding up to near what we all used to pay for cable getting kinda old?

Well, health and safety to you all, try to remember COVID isn’t gone and be courteous to folks who still want or need to mask up out there! I’d like to think this obviously mask-friendly audience doesn’t have a problem with this…